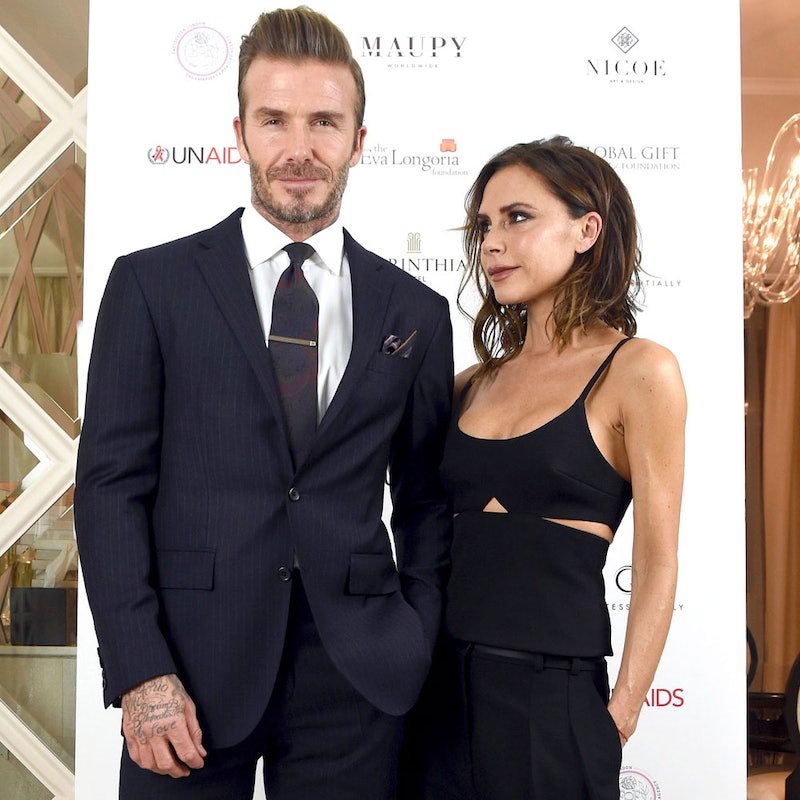 As he prepared to celebrate his 42nd birthday, David Beckham became the lucky recipient of many an adorable message from his family. It started with wife and fashion designer Victoria Beckham’s heartwarming Instagram post that featured herself and five-year-old daughter Harper in their Holland Park home. The duo blew kisses to Daddy, signing off the caption with “your two favorite girls.”

Perhaps even sweeter is the message 14-year-old Romeo shared in a separate post. “Happy birthday to the best and coolest dad ever,” he wrote, alongside a photo of him hugging the former footballer, who brandishes a back tattoo dedicated to his son.

The Beckhams’ eldest and youngest sons, 18-year-old Brooklyn and 12-year-old Cruz, also uploaded their own touching posts in honor of their father’s special day. Just look at this tight-knit family: