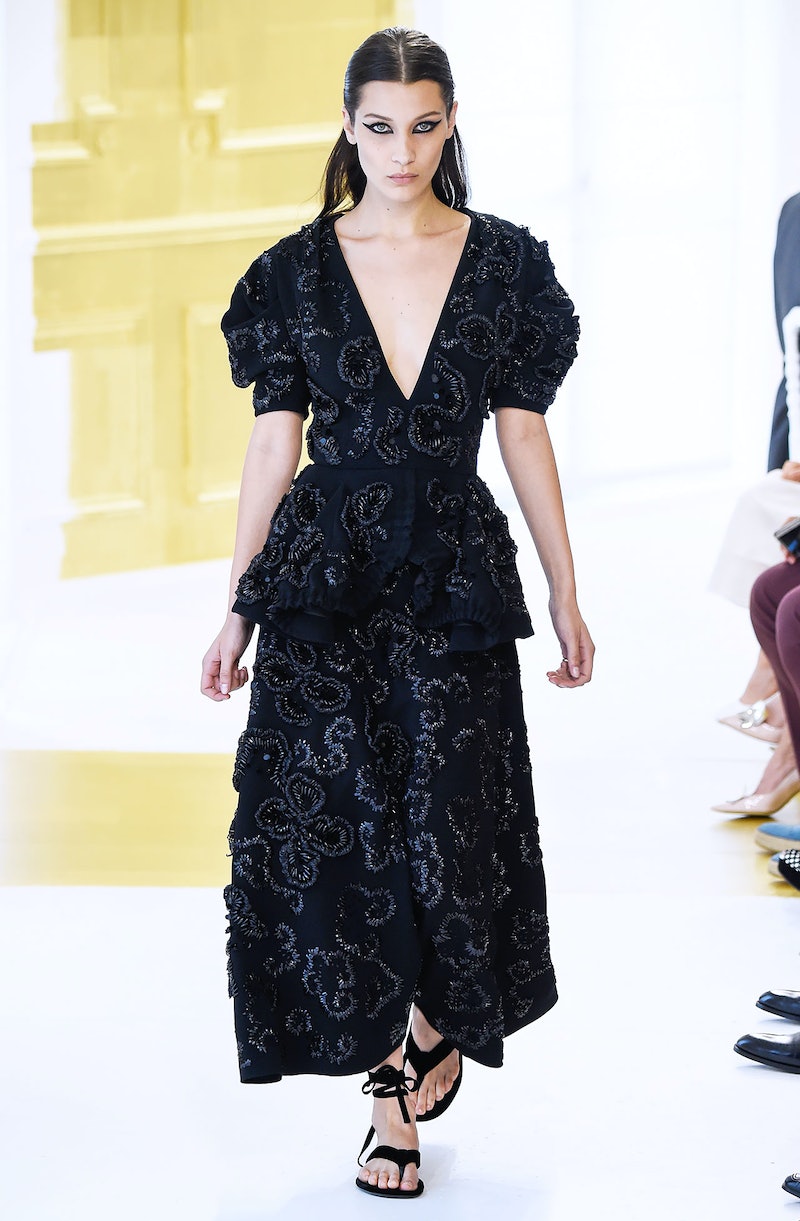 In a flurry of beads and tulle, couture week quickly came and went. Aside from another season of brilliant creations from Chanel and beyond, the people-watching from the front row to the catwalk was top-notch as usual. Here, the six ladies that ruled the Fall 2016 couture scene in their own right.

Gigi who? Bella was the unofficial darling of couture week, walking in an impressive number of shows including Christian Dior, Atelier Versace and Alexandre Vauthier. In case anyone had doubts about the 19-year-old model escaping her older sister's shadow, consider this solid evidence to the contrary.

The fashion icon turned up at Miu Miu's couture week kickoff party feting the brand's resort collection, but it wasn't just any routine appearance; Kate took the stage, flocked by models at either side, to spin tracks for party-goers. (We have one word: epic.) After a long history of dating rockers, it seems only natural she'd have a knack for music, and we hope this isn't the last time we hear of DJ Moss on the ones and twos.

Front-row regulars throughout the week included a host of the usual suspects—Olivia Palermo, Carine Roitfeld, et al—and ... Celine Dion. Yes, you read that right. The 48-year-old power-ballad-crooning songstress turned up at the Christian Dior and Giambattista Valli shows looking impossibly chic, thanks to help from new stylist Law Roach. We'd say something about her making a triumphant return to the off-stage spotlight, but the reality is Celine will always remain culturally relevant (as icons rightfully do).

Another surprising appearance on the front-row scene came courtesy of Jennifer Garner, who stepped out for the Atelier Versace show. Not usually one to trek to couture week, her unexpected arrival was made all the more newsworthy by her seatmate Bradley Cooper—the two had a mini Alias reunion (you know, their hit TV show from the early aughts).

A who's who of familiar faces paraded down the Atelier Versace runway—Joan Smalls, Taylor Hill, Bella Hadid and Anna Ewers, to name a few—but it was Carolyn Murphy, who closed the show, that left a lasting impression. At 41 years old (!!), the legendary supermodel proves that age is but a number, looking not a day over 21. All we can say is goals.