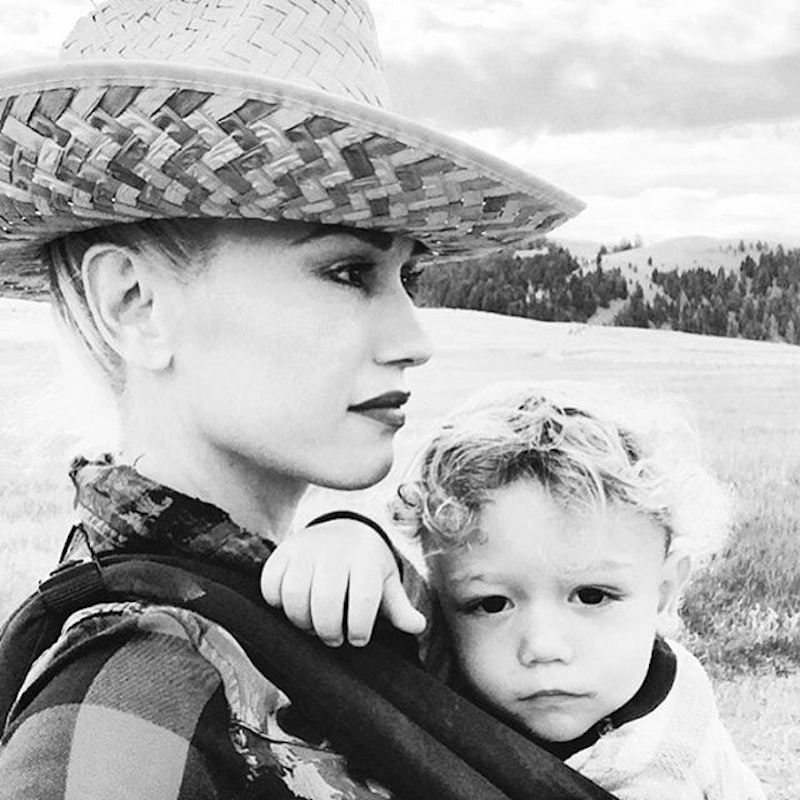 Every year, one of our girlfriends names her new baby the cutest, most original name ever, only to find out that somehow, every other new mom her age had the same idea. To prevent this from happening to you—even if you’re years away from giving birth—we thought we’d do a little baby name brainstorming with some inspiration from our favorite celebrity offspring. It’s time to retire the most popular monikers of 2015—Emma, Ava, Sophia, Olivia, Charlotte, Harper, Noah, Liam, Mason, and Jacob—in favor of something a bit more creative. Here, our best attempts at being original when it comes to the baby name game.

Do not name your kid Bowie, or they will be one of the ten million kids in their class with the same name. Instead, we suggest jumping a few decades ahead to take your inspiration from nineties icons. Cobaine? Vedder? Beck? Fiona?

You may think that only Zooey Deschanel can get away with giving her baby the middle name of “Otter,” but we beg to differ. Bear would be so cute for a boy, as would Wren for a girl. Crow or Crowe is also pretty cute, even if that animal itself is not so much.

Nothing makes you seem more special than having two first names. We’re also inspired by this babe to go floral—Tulip or Orchid could be so cute, no?

Greene? With an “e,” because it’s cuter that way? Azul, which means “blue,” in Spanish? Teal? Plum? Even Purple could be cute, if you live far enough west of the Mississippi.

We like Crescent, Eclipse, Solar and Desert, to name a few.

Wouldn’t Pear just be the cutest, or have we been in California too long? What about Peach? Apricot? Rhubarb?

How good is Poet? Painter? The key to this one is that the profession needs to be romantic—Accountant doesn’t have quite the right ring to it.

We’re going to go with Tulum on this one.

This one is not so much inspired as completely ripped off from the phenomenon that is Gigi Hadid. It's so obvious a name choice that we don’t think anyone will actually use it. Except for you.