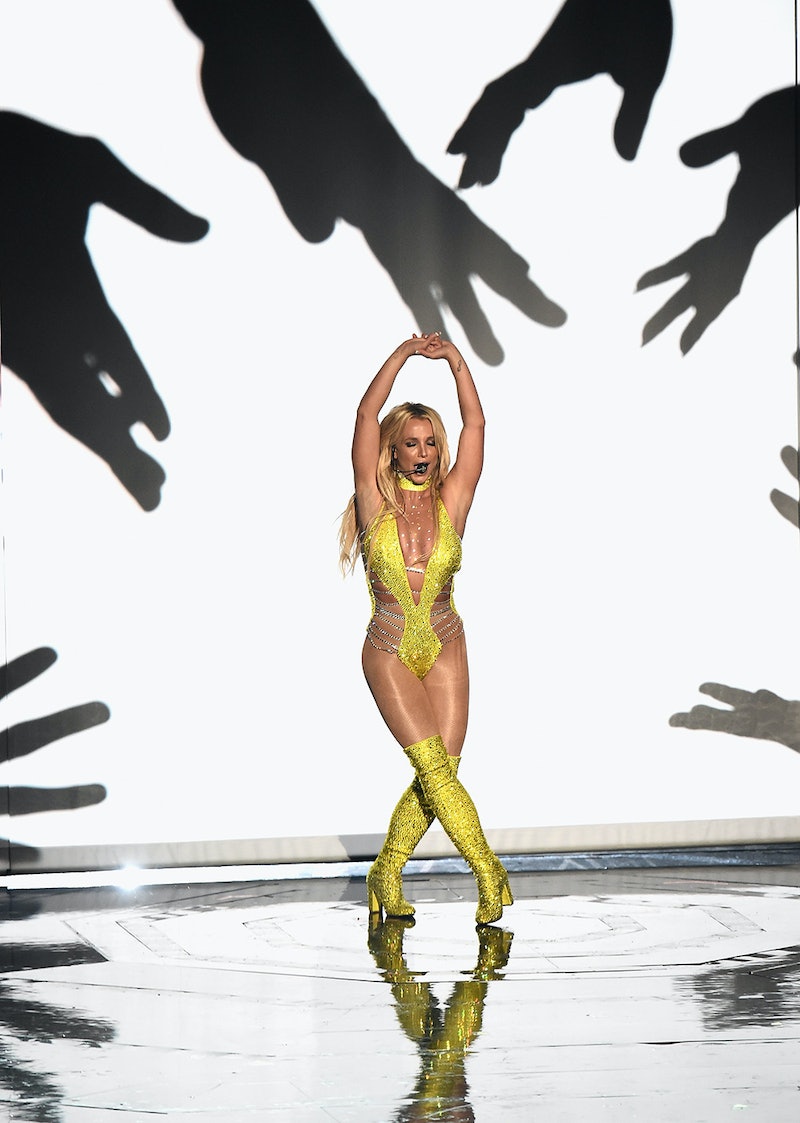 It might technically be called the Video Music Awards, but tonight’s event could just as well have passed as The Britney Spears Show. Making an anticipated return to the stage, the pop princess‘ performance this evening had been the talk of the town in the time leading up to the MTV special. While the spotlight was ostensibly to be largely on Britney herself, we were surprised to see so much of G-Eazy, who raps on her celebrated new single “Make Me,” which the duo performed (along with his chart-topping track “Me, Myself & I”). While Brit opened with a solo dance sequence, she was soon after joined onstage by backup dancers and the lanky, leather-clad rapper. Dressed to impress in a sparkly leotard and knee-high boots, we were psyched to see Brit’s moves so on point. Watch the performance here.