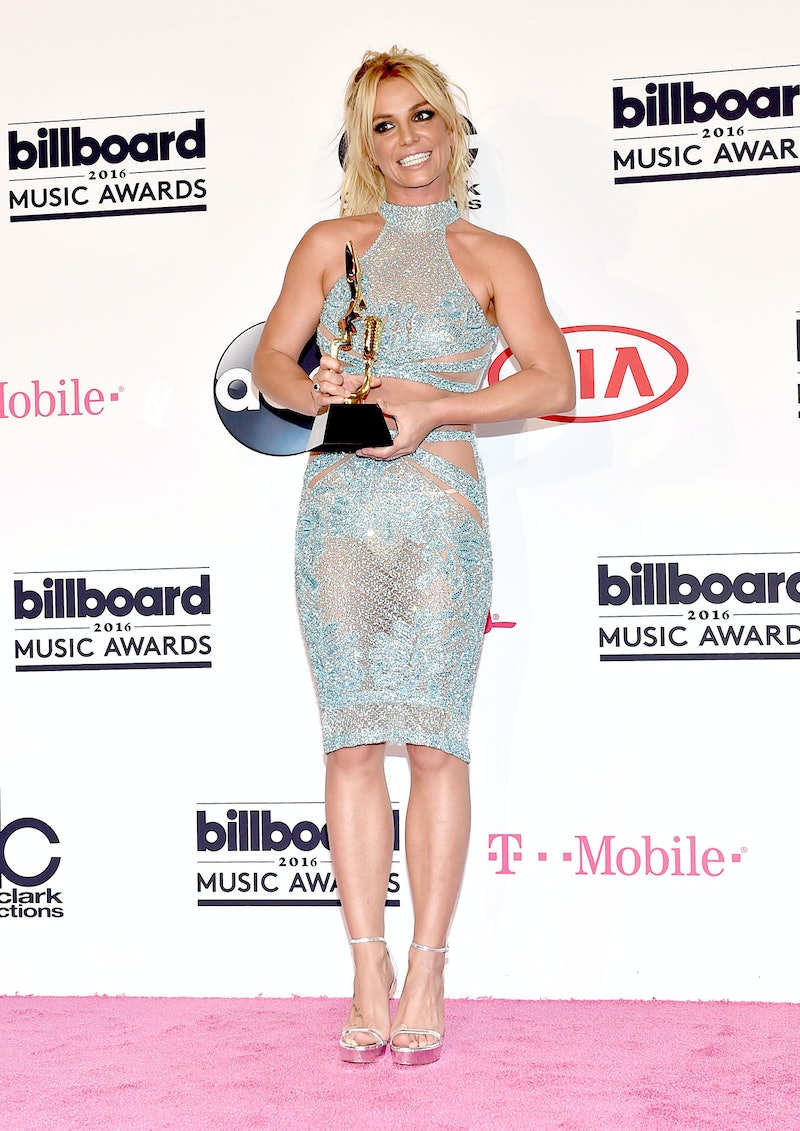 It seems our collective ’90s nostalgia might be getting some competition from our fond recollections of the early aughts—Justin Timberlake had a huge moment last week and tonight, Britney Spears stole the spotlight at the Billboard Music Awards in arguably her best awards show appearance in almost two decades. She performed a medley of her greatest hits looking every bit as stunning as she did during her now famous performance of “I’m a Slave 4 U” back in 2001, and she was all smiles on the carpet through multiple head-turning outfit changes. Click through to see all the highlights of Britney’s big night and view her amazing throwback performance.

Britney's just posted to Instagram the album cover for her newest effort, Glory, which you can pre-order Wednesday night, August 3, at midnight ET. According to the singer's Instagram, pre-orders will be rewarded with a #PrivateShow. While this likely isn't going to be quite a Lemonade-level mic drop moment, we think it'll definitely solidify the fact that Britney is officially back.

Britney made her entrance in a sheer Reem Acra micromini very much reminiscent of the outfit she wore to the 2001 MTV VMAs carpet.

She then opened the show with a medley of her greatest hits, including "Toxic," "I'm a Slave 4 U," "Womanizer," and "I Love Rock N Roll." Watch her full performance here.

Finally, Britney received the Millennium Award—joining Beyoncé and Whitney Houston as its only other recipients—and could not stop smiling. After this pitch-perfect early aughts throwback we couldn't stop smiling either, and we can only hope that tonight's stellar showing marks a real return for Britney beyond Vegas.