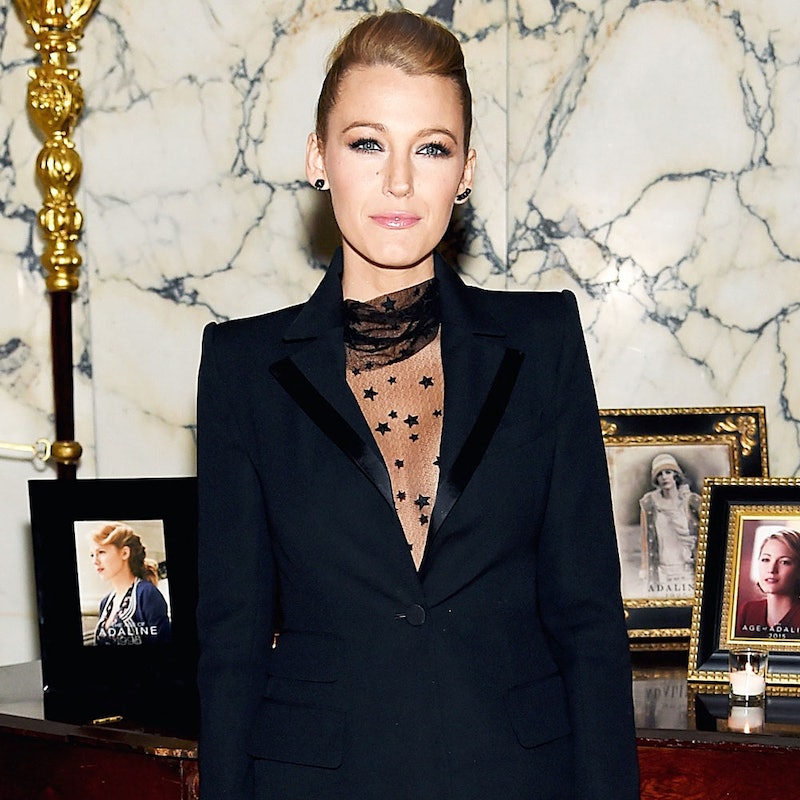 Within the span of three months, Blake Lively has managed to secure three soon-to-be box-office hits under her belt. (Seriously, is there anything she can’t do?) The actress is already set to star as an MMA fighter in action-drama Bruised and has landed the role of a suburbanite in the murder-mystery adaptation of Liane Moriarty’s novel The Husband’s Secret. (Yes, the same Liane Moriarty of Big Little Lies fame!) Now, Blake reportedly has another movie in the works—and this one looks like a real thriller.

To be directed by The Handmaid’s Tale‘s Reed Morano and produced by the folks behind the last eight Bond films, The Rhythm Section will have the actress playing heroine Stephanie Patrick, whose family dies in an airplane crash that didn’t happen by accident. Turns out, she was meant to be on the flight, and as retaliation, she transforms into an assassin eager to impart vengeance on those responsible for the death of her loved ones. Production is scheduled to begin later this year, and with her other films also imminent, we have no idea how she’s going to juggle it all. But knowing her, she’ll do it beautifully.