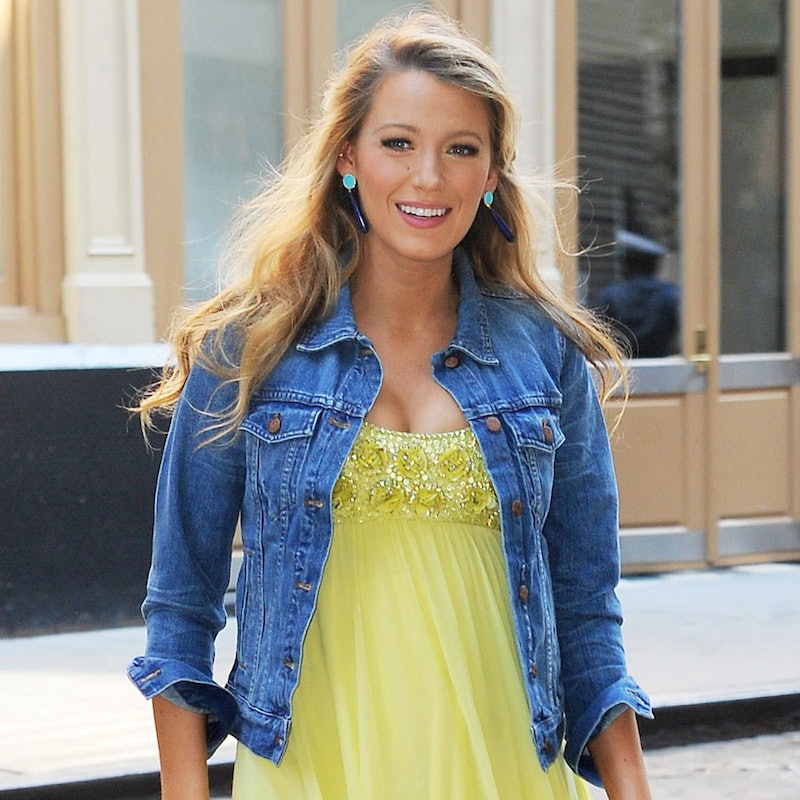 Blake Lively is one relatable mama. Pregnant with her second child (and killing the style game), the actress is speaking out on the stigma of post-baby bodies in an incredibly relatable manner. Candidly discussing how she prepared for her role in The Shallows, Mrs. Ryan Reynolds said, “The struggle is that I am doing a movie in a bikini eight months after having a baby, and there is a level of insecurity and vanity that comes with that. You don’t want to be the person in the magazines that they are saying, ‘Ugh, look at her,’ rather than, ‘Wow, look at her.'”

Continuing, she said, “There shouldn’t be that negative ‘ugh’ after someone has a baby. Our body is so beautiful. You couldn’t walk a Victoria’s Secret runway but it’s beautiful in a completely different and incredible way, and I do wish I had the bravery to go out there and represent women as they actually look.”

Sure, most women aren’t shooting bikini-clad scenes soon after giving birth (or ever), but Blake makes a prudent point that there’s a distinct pressure to bounce back and appear as if nine months of pregnancy never happened, when really, bearing a child is one of the biggest physical triumphs a woman can achieve. The truth is, under the highly scrutinized microscope of Hollywood or not, most women embark upon the path of weight loss post-birth—some to simply return to a healthy weight and others with more extreme goals in mind—but society insists the return to pre-baby weight be seemingly instant. Though Blake feels she wasn’t brave enough to embrace a curvier shape for her movie role, her acknowledgment of said body pressure is commendable, and we hope it’s an opinion that will move the needle toward a more justifiable standard.