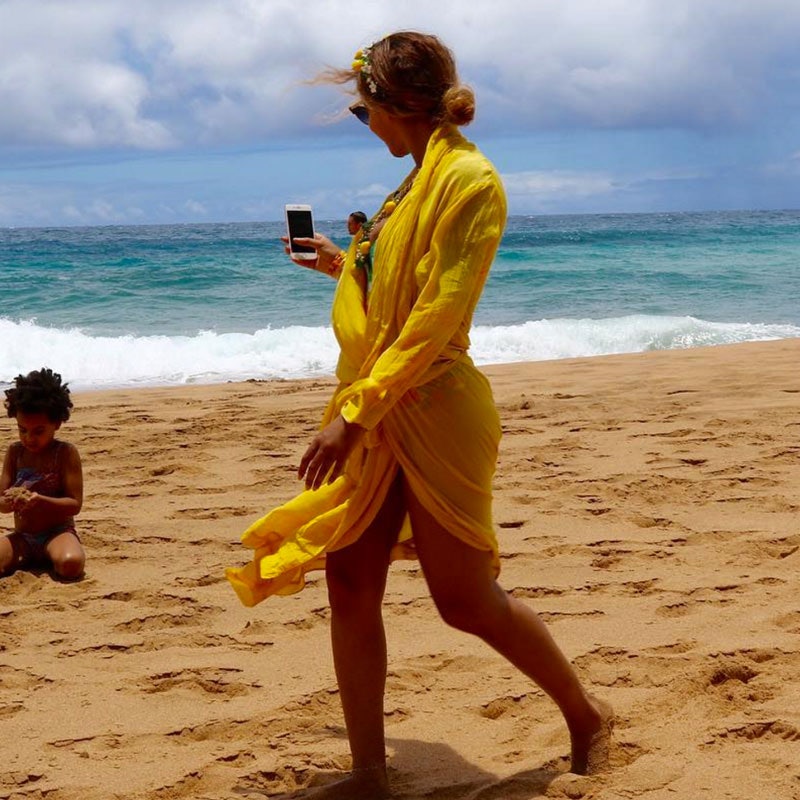 Beyoncé is no stranger to social media, but the Instagram– and Twitter-savvy star has seemingly stayed away from Snapchat—or has she? Mama Tina Knowles Lawson may have blown Queen B’s cover in a recent post to her Instagram account (pictured below) in which the “Formation” singer’s famous voice and eyes appear in a face-swap video with the caption, “My Baby Beyonce sent me this. It’s really cool! I have to learn to do this her face and my face together. Her voice coming out of my mouth. Or maybe it’s her mouth! Hell I don’t know. Really weird.”

Adding to her caption, Tina also says, “No Snapchat!! Seriously!!” which either means Bey was borrowing someone else’s account to send her mom the face-swap snap of her rapping “The Message” by Grandmaster Flash, or she really has been secretly snapping without the world being the wiser, and mom was doing her part to keep it on the low.

The question now remains, if Beyoncé is a secret snapper, will she ever take her account public? If so, we’d be willing to bet the superstar, whose known for surprising and delighting fans, could release her next single by way of the social media platform. Hey, we can dream.