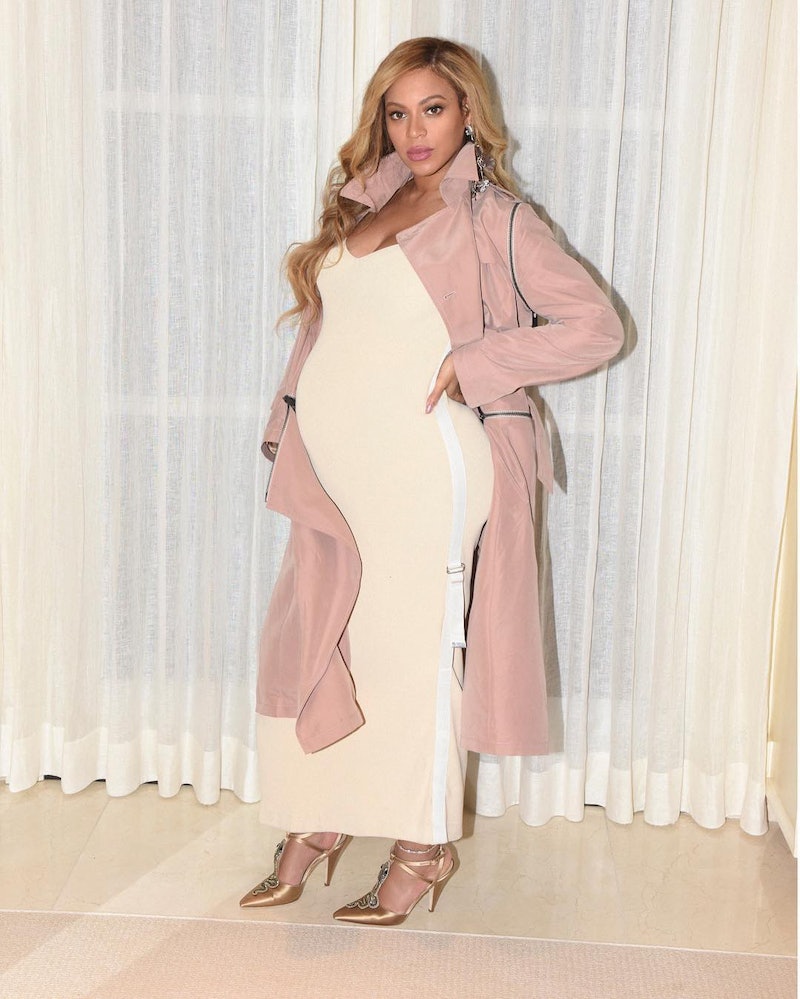 As Coachella’s second weekend rages on without her (she dropped out of her headlining spot due to her pregnancy), Beyoncé is still keeping busy. Friday night, the performer reunited with fellow Destiny’s Child members Kelly Rowland and Michelle Williams to celebrate the release of Kelly’s new book, Whoa! Baby . At the event, which was held at The Grove in Los Angeles, Bey proved she almost could’ve handled her planned stage performance by rocking thigh-high Christian Louboutin boots with serious heels. Not one to shy away from an Insta-worthy moment, the Lemonade singer then shared both her outfit and a cute pic of the reunion to social media. See her shots below.