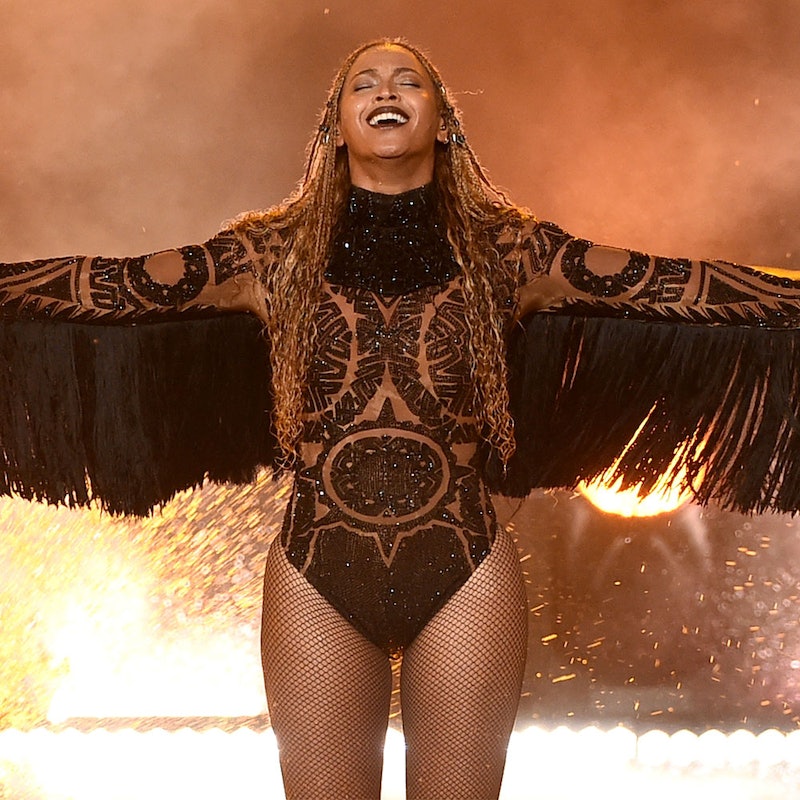 They knew they couldn’t compete with the World Series, so the Country Music Association decided to invite the music industry’s biggest star—yes, we’re talking about Beyoncé. Just hours before the 50th annual CMA Awards, it was announced that Queen Bey would be headlining the event with the Dixie Chicks, who covered her Lemonade song “Daddy Lessons” on their 2016 summer tour. While no news has been shared on what she’ll be performing at the event, we can only guess it’ll be that country-tinged track, which tells the story of a woman’s complicated relationship with her father. Prepare for record ratings when the show airs at 8pm ET tonight.