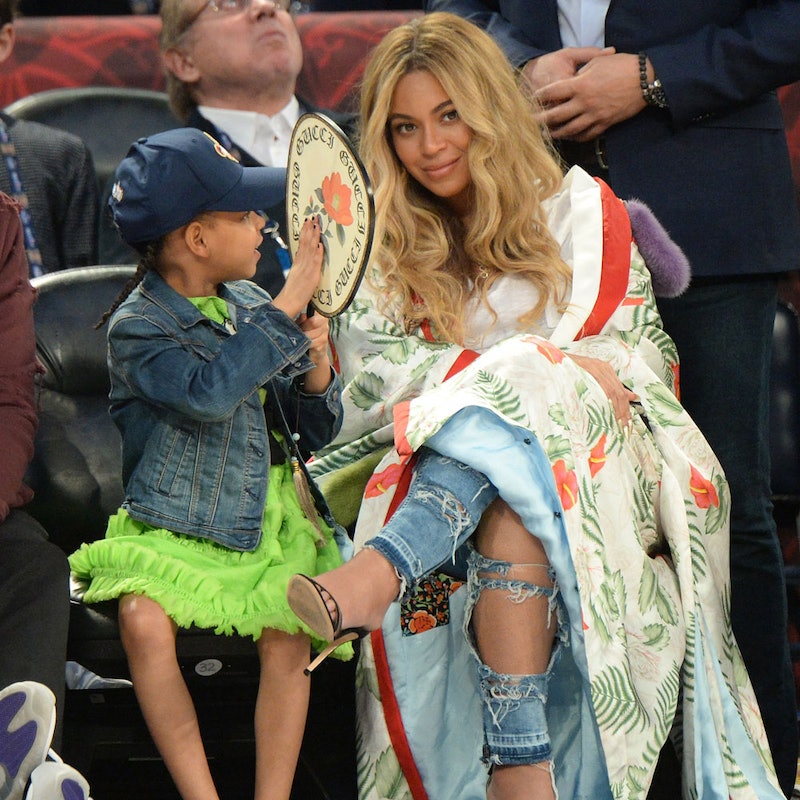 She’s already conquered the music industry, so it only makes sense that Beyoncé is ready to expand her global domination with a seemingly unlikely venture that hails from her very own H-Town. The superstar is reportedly considering an investment in the Houston Rockets—and if this happens, you can bet we’re all about to become the biggest NBA fans. Her interest in buying a stake comes a month after current owner Les Alexander announced he was looking to sell her hometown’s team, pushing the sale price from $85 million when he bought it in 1993 to potentially upward of $2 billion today. While we don’t doubt Queen Bey’s financial assets, that figure is no pocket change; her net worth of at least $350 million indicates that she’ll have to pool with other investors to ultimately purchase the team. (Her decision might also conflict with husband Jay Z’s former mini-investment in the Brooklyn Nets.) However, as a fan who’s alluded to the team in lyrics and been spotted front row at its games, her part-ownership seems plausible, and if so, you can take our money for that Rockets merch.