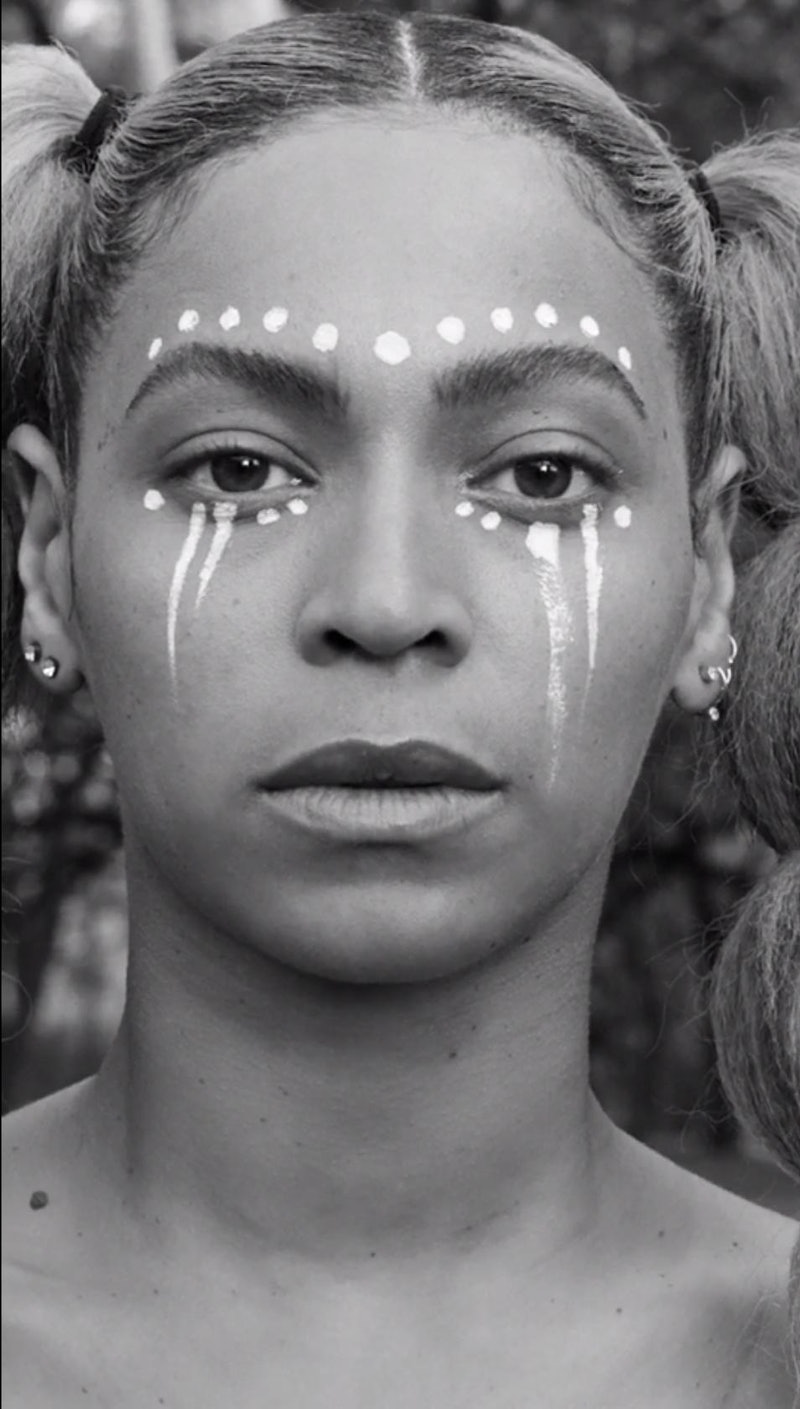 Beyoncé just blew our minds to such an extent that we’re almost rendered speechless. Her hour-long HBO special Lemonade just aired, and it is pretty much the most badass thing we’ve ever had the privilege of witnessing. Not just a music video, the film featured a compilation of several as-of-yet unreleased songs as well as several spoken word pieces.

The unifying theme of much of the film alludes rather blatantly to the fact that her husband Jay-Z has cheated on her, but rather than play the victim, Beyoncé exacts the best revenge any scorned woman could ever imagine in one unbelievably empowering work of art.

At the start of the film, Beyoncé is sad, and then angry—throughout one song, she annihilates everything in her path with a baseball bat—but eventually she transitions into forgiveness and, ultimately, reconciliation and redemption (of her husband, and of her relationship). The message delivered is, in the end, that her husband may be weak, but that she will make him stronger through the power of her love. Wow.

Lemonade gets its title from video footage of Beyoncé’s grandmother Nettie’s 90th birthday party, shown at the end of the film, in which the nonagenarian is shown saying “life gave me lemons, so I made lemonade.”

Notably, the hour-long masterpiece features Serena Williams, who looked amazing in a black leotard-centric ensemble. Also featured (in vocals only) were musicians The Weeknd and James Blake. The latter’s vocals played over a shot of Mike Brown’s mom Lesley McSpadden and Trayvon Martin’s mom Sybrina Fulton solemnly holding photos of their slain sons.

Intuition—Notable quote: “You can taste the dishonesty, it’s on your breath.”

Denial—This is where the baseball bat comes in. Notable quote: “What’s worse? Looking jealous, or crazy?

Anger—In this chapter, Beyoncé drives a monster truck over a row of parked cars before saying, “You try this sh*t again, you gon’ lose your wife.” Also notable: “Keep your money, I got my own.”

Apathy: Notable quote: “What are you going to say at my funeral, now that you’ve killed me?”

Emptiness: This is where The Weeknd comes in, singing about Bey “stacking money, money, everywhere she goes.” This song felt a little out of synch with the rest of the film, but it was a welcome relief from the heaviness of most of the rest of the piece nonetheless.

Accountability: Bey brought it back to her dad on this one, showing old footage of the two of them together and alluding to the fact that her mother had also put up with being mistreated by a man. In this portion, she sings a country song with the lyrics “when trouble comes to town, and men like me come around… my daddy said ‘shoot.'”

Reformation: This is where things start to turn around, as Beyoncé tells her lover “you are the love of my life.”

Forgiveness: If we thought this film was going to end with Bey giving Jay the boot, this is where we realized we were wrong. In this portion, we see footage of Jay for the first time.

Resurrection: This is where James Blake’s vocals featured, as well as solemn images of the mothers of Trayvon Martin and Mike Brown.

Hope: Things are looking up, finally, as this portion is a lot more lighthearted than the last. Notable quote: “A winner don’t quit on themselves!” Models Amandla Stenberg and Winnie Harlow star alongside Bey here.

Redemption: Notable quote: “My torturer became my remedy.” This portion features footage of Jay and Bey, as well as footage of Tina Knowles with her new husband. It ends with footage of Jay interacting playfully with daughter Blue Ivy.