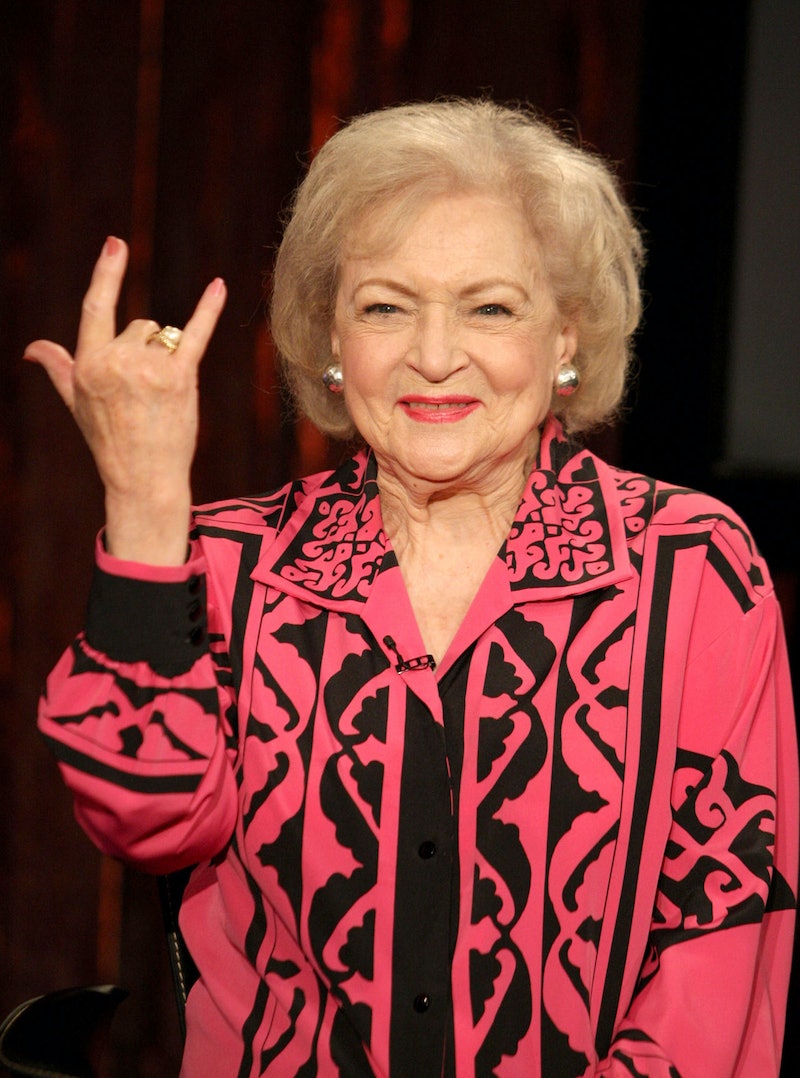 Our society is pretty skewed when it comes to the way we treat aging and those who do it (read: everyone). It’s especially tough for women, obviously, which is why we think it’s important to rewrite the narrative to reflect the true trajectory of a woman’s life, rather than the patriarchy’s version of events (you know, the one that says females start winding down after the geriatric age of 29). There is no better illustration of this than Betty White, who turns 95 today and has seen some of her most notable achievements well past the age of 50. She counts Red Vines, hot dogs and Taco Bell among her favorite foods and for that—and for all the achievements listed below—she is our forever heroine. (She also met the love of her life at 41—just sayin’!)

Wouldn't you rather earn your Grammy at 90 than at 25, having worked up to your life's peak rather than reaching it 70 years in the past? We think so.

She Scored Her Biggest Role At Age 63

Given the societal undesirability of the demographic it portrayed, Golden Girls' massive success is truly amazing. The show paved the way for current programming like Grace and Frankie, which also shows women over 50 as complex human beings who do more than just bake cookies for their grandchildren.

She Hosted SNL At Age 88

Betty hosted the show in 2010, after fans started a grassroots campaign on Facebook (which she didn't even know existed!).

She Hosted WWE Raw At Age 92

Come on, this is awesome.

She Has Been Nominated For 20 Emmys

Moral of the story: The next time you're perusing Instagram and feeling bad about all the hot, half-naked girls with a zillion followers, think about Betty. The best is well ahead of you, and you don't even need a selfie stick and plastic surgery to get there!