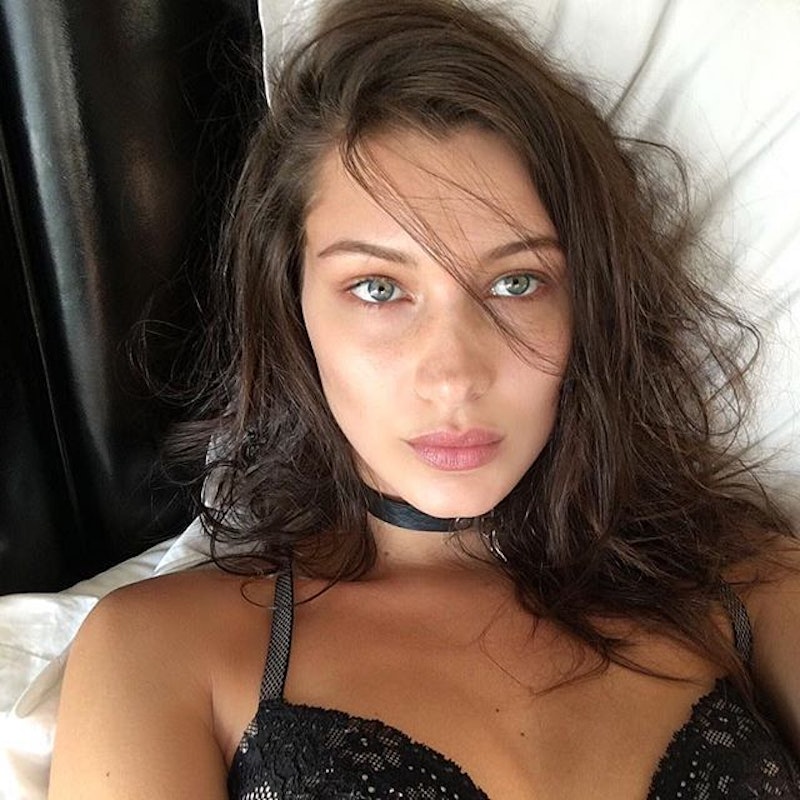 We’re still a month out, but our excitement around the upcoming Victoria’s Secret fashion show has officially reached a fever pitch. Today, People released a first look at Bella Hadid wearing her wings and she looks—unsurprisingly—like an angel. The pictured look is one of two in which Hadid will walk the runway, and she could hardly contain her excitement when speaking with the weekly. “This is the most amazing experience ever,” she said. “I can’t believe I got two looks. It’s unreal. And they’re so beautiful.” This lingerie set—which Hadid went on to say made her “look like a disco ball”—is part of VS’s Dark Angel collection and is topped by a long-sleeve number covered in 6,000 crystals. Her second look won’t be revealed before the show, but Bella told People is includes a gray corset and a long train, among other enticing details. Despite her focus on the event ahead, it seems the model has her sights set on even bigger things in the future. “Victoria’s Secret is such an amazing family,” she said. “It would be really cool to be able to work for them all the time.”