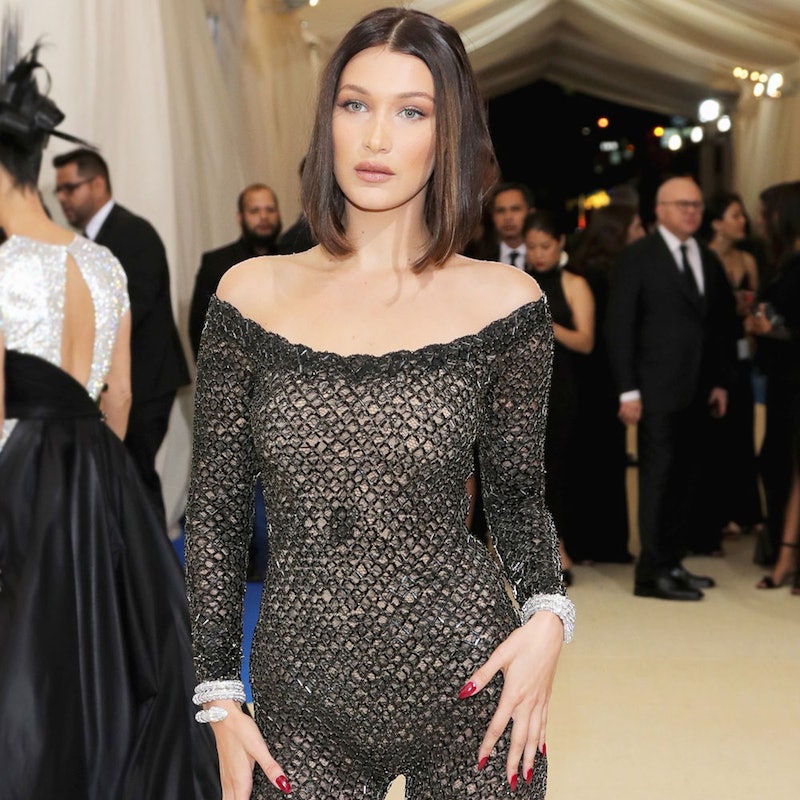 Whether you’re Bella Hadid or normal folk like us, it’s never easy to see an ex move on with someone else. Especially when it happens just two months after you split, and his new flame goes by the name of Selena Gomez. The supermodel dated Abel Tesfaye (better known as The Weeknd) for about a year and a half until they called it quits in November. Last week, he made his first red carpet appearance with Selena at the Met Gala—and we can’t imagine it was painless for Bella.

But it seems she’s doing just fine, revealing in a recent interview that she’s not interested in dating someone at the moment. (Sorry, boys.) “It’s like I’m finally getting to the point where I can just think about what I want to do and the places I want to go,” Bella says. “I want to be as independent as possible and worry about myself rather than anyone else.” Now those are wise words for single ladies everywhere. (Ahem, this editor.)