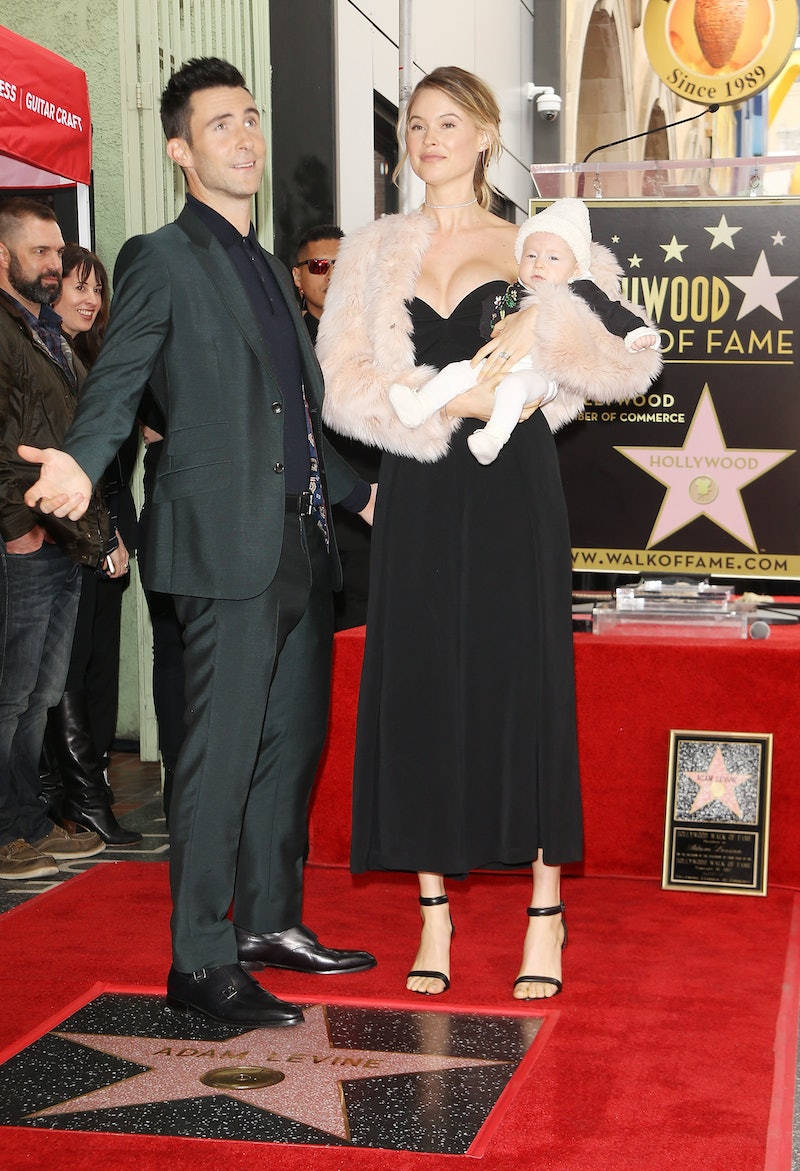 According to Behati Prinsloo’s Instagram account, it’s not just hump day but also bump day! The actress revealed in a post on the platform Wednesday that she and Maroon 5 frontman Adam Levine are currently expecting their second child.

The busy couple welcomed their first baby, Dusty Rose, last September, and apparently have big plans to grow their family, which could explain why number two follows so closely on Dusty’s tiny heels. “I’ve always wanted a family since I was a little girl, a big family,” Prinsloo told Net-a-Porter in 2014. “I’m an only child so I wanted like ten kids … for sure.” Levine seems likewise enamored of family life, and once told Ryan Seacrest, “I want to have 100 kids.”

Prinsloo and Levine are definitely off to the procreation races, and we are 100% onboard. We only hope that baby number two will (or will not…) be named Slate Grey. Congrats to the whole adorable Levine family!