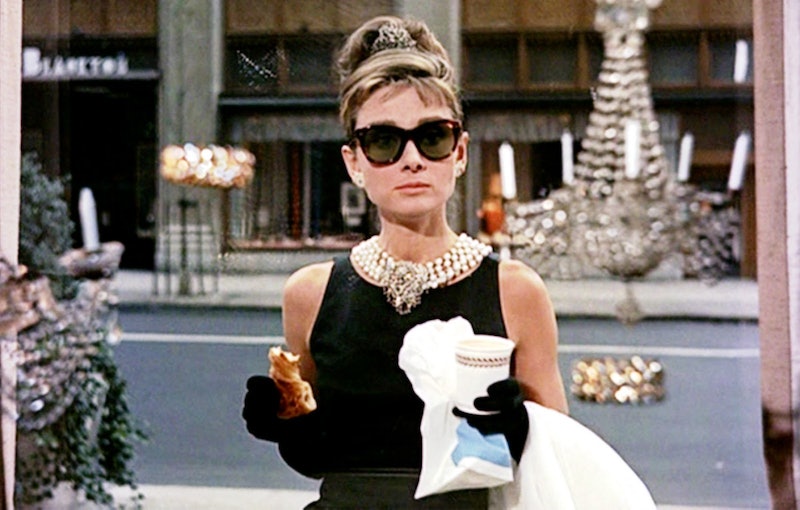 Real talk: When people mention that this or that is going up for auction at Christie’s, we suddenly feel like shoeless orphans—we’re not exactly the type of people, in other words, who frequent premium auction houses, and therefore our eyes glaze over a bit when the topic surfaces. That said, we couldn’t help but feel anything but apathetic to the news that the incredible personal collection of Audrey Hepburn will be auctioned off at Christie’s in the fall. Women’s Wear Daily reports that the sale will include a dress designed by Audrey’s longtime collaborator, Hubert de Givenchy; several pairs of her signature ballet flats; a Burberry trench; note-lined scripts; a personal letter from Truman Capote; and a collection of photographs taken by the likes of Cecil Beaton and Steven Meisel. Some pieces will start as low as $1,900, but given that a Givenchy-designed dress worn by the actress in the iconic film Breakfast at Tiffany’s sold at a Christie’s auction in 2006 for $577,638 (nearly 10 times the dress’s opening estimate), it’s unlikely any of the collection’s pieces will be parted with at budget-friendly prices. If you’re among the few who can compete for possession of one or more of these items, note that the physical auction is set to take place in London on September 27, while online sales will run from September 19 until October 3. The rest of us, meanwhile, will be trying to figure out if anyone we know is willing to fund a Kickstarter for these purposes—stay tuned.