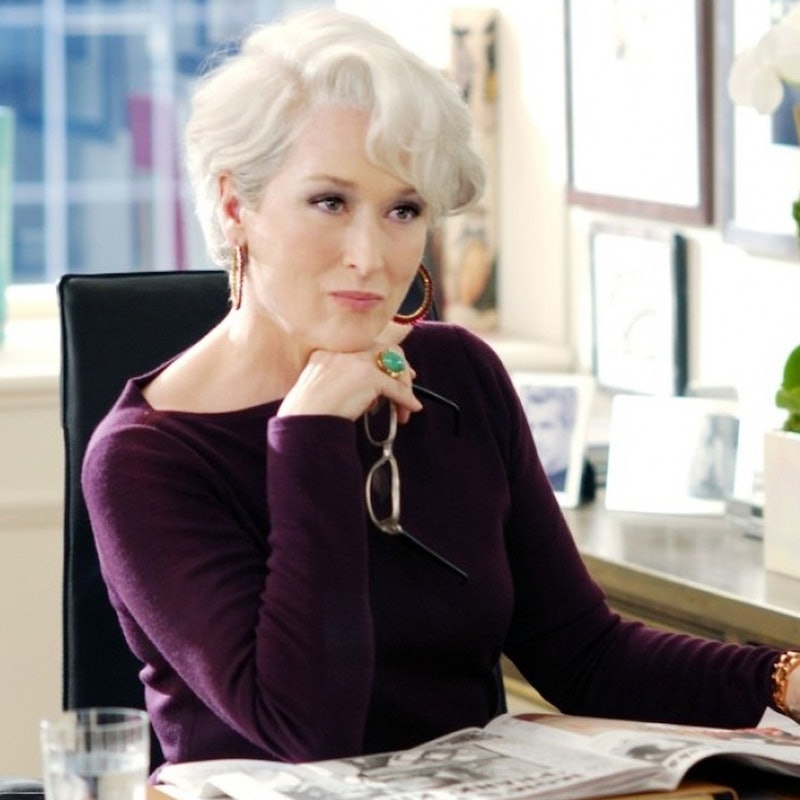 Sure, more than a decade has passed since its release, but The Devil Wears Prada remains a movie-night staple we’ve admittedly watched so many times we can literally quote almost every Miranda Priestly line. (No shame.) From digging up deleted scenes to celebrating its anniversary, we’re constantly looking for ways to keep the film’s sartorial spirit alive, and now we have another, even better, clip to share—that is, Vogue EIC Anna Wintour herself interviewing Runway‘s Miranda … ahem, we mean Meryl Streep. In a recently released video, we see the Oscar winner, who will soon portray the late Katharine Graham of The Washington Post, who happened to be a close friend of Anna’s. The boss women tackle tough topics like female empowerment as portrayed in Meryl’s new movie, The Post, and the Harvey Weinstein sexual harassment allegations—and although they don’t quite discuss their own groundbreaking roles, this interview is worthy of multiple repeat watches. See it here: