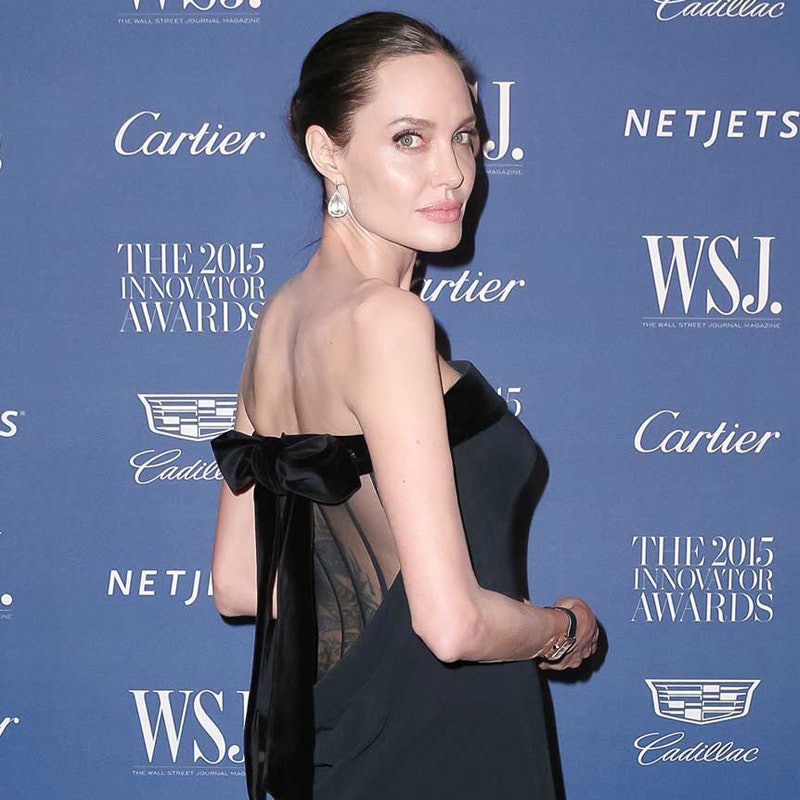 Angelina Jolie is a woman of many talents—Oscar-winning actress, director, humanitarian, lecturer—to the point that she sometimes seems superhuman. But almost a year ago, the multi-hyphenate beauty proved to the world that she is very human, struggling with relatable issues like motherhood and divorce following her highly publicized split with Brad Pitt. While she’s granted interviews about her personal life since, her most recent, for Vanity Fair‘s September 2017 cover story, trounces them all, as the mother of six reveals the heartbreaking trials and tribulations that have surrounded her and her family, as well as how she’s working to overcome them.

“It’s just been the hardest time, and we’re just kind of coming up for air. [This house] is a big jump forward for us, and we’re all trying to do our best to heal our family,” Angelina admits, referring to the historic Cecil B. DeMille mansion she recently purchased for $25 million in Los Angeles. The property’s seclusion affords her the privacy she and her kids need, and Angelina adds that the children have “been very brave” throughout the ordeal. “I was very worried about my mother, growing up—a lot. I do not want my children to be worried about me,” she says. “I think it’s very important to cry in the shower and not in front of them. They need to know that everything’s going to be all right even when you’re not sure it is.”

Her dedication to family intensified a few years ago when she discovered she had the BRCA1 gene (aka the breast cancer gene), and she chose to have a preventive double mastectomy and reconstructive surgery. Then in 2015, her blood work indicated possible ovarian cancer, which had caused the early death of her own mother at just 56. Angelina had her ovaries and fallopian tubes removed. And last year, she developed Bell’s palsy, which resulted in the drooping of one side of her face, and recovered with the help of acupuncture. “Sometimes women in families put themselves last until it manifests itself in their own health,” she says, pointing out her dry skin and gray hairs. (Yet the A-lister manages to remain unbelievably beautiful.) “I actually feel more of a woman because I feel like I’m being smart about my choices, and I’m putting my family first, and I’m in charge of my life and my health,” she adds. “I think that’s what makes a woman complete.”

As for her emotional recovery from the divorce, Angelina has turned to friends like Loung Ung, whose memoir she’s adapting for the Netflix original First They Killed My Father, and reconnected with estranged dad Jon Voight. While she’s not necessarily in constant communication with Brad, she says, “We care for each other and care about our family, and we are both working toward the same goal.” We wish her and her family the best.