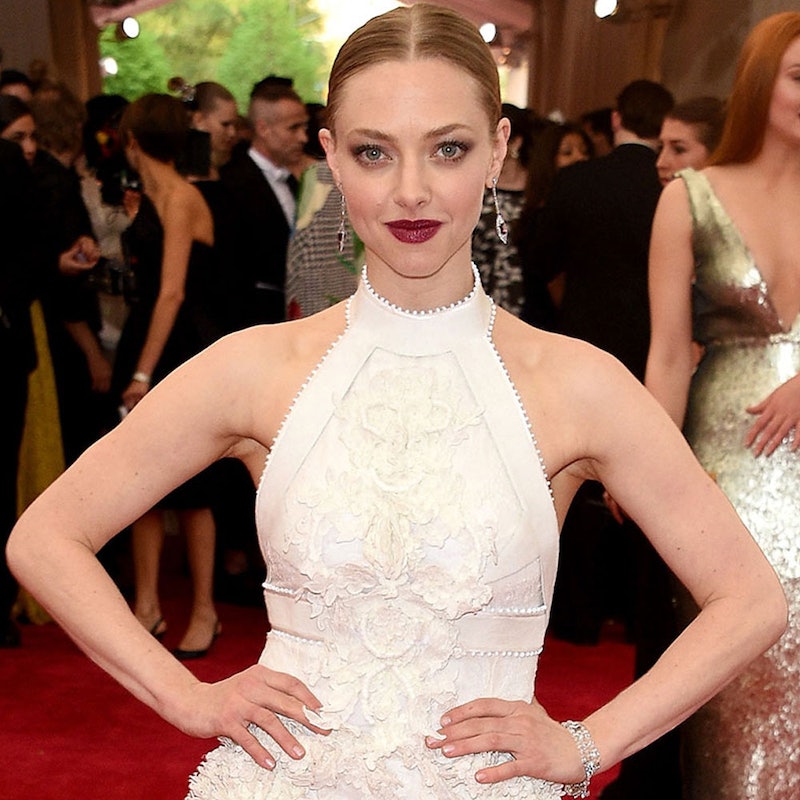 After dating for six months, Amanda and fiancé Thomas Sadoski got engaged, with an understated engagement ring that made headlines for being unconventional. She first shared her thoughts on children last year. “I want a child. Badly,” she told Marie Claire U.K. We’ve no doubt she’ll be an excellent parent—after all, she’s already a lovely dog-mom to rescue pup Finn. (Wonder what he thinks about becoming a big brother soon.)