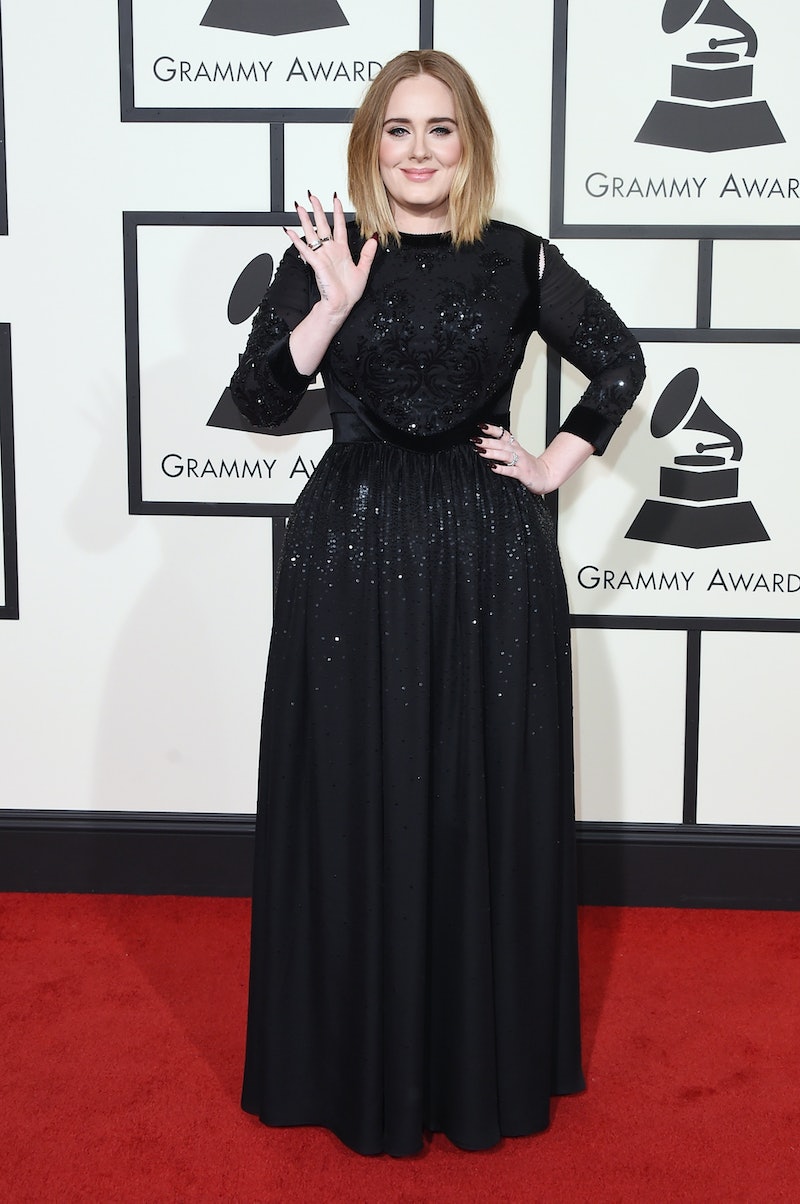 No, it’s not an upcoming album collaboration with Beyoncé, but we’re excited for Adele nonetheless. The multiple-Grammy-winner let it slip on stage during a concert in Australia that she is, in fact, married to her partner (and baby-daddy) Simon Konecki. The two have been a couple since 2011, but have been shy about confirming any formal commitment between them. While talking about her song “Someone Like You,” Adele said, “I was trying to remember how I felt at the beginning of the relationship that inspired that record. Because as bad as a breakup can be and as bitter and horrible and messy as it can be, that feeling when you first fall for someone is the best feeling on earth, and I am addicted to that feeling. Obviously, I can’t go through with those feelings because I’m married now.” Awww. Busted, babe! Obviously it doesn’t matter whether the two lovebirds are married or not—we’re over the moon for Adele regardless—but we do secretly and selfishly hope that their blissful relationship doesn’t dry up the singer’s sadder songwriting inspirations. How will we survive breakups without songs like “Hello” to see us through?! Adele, don’t leave us here alone in dating purgatory. But, congrats!