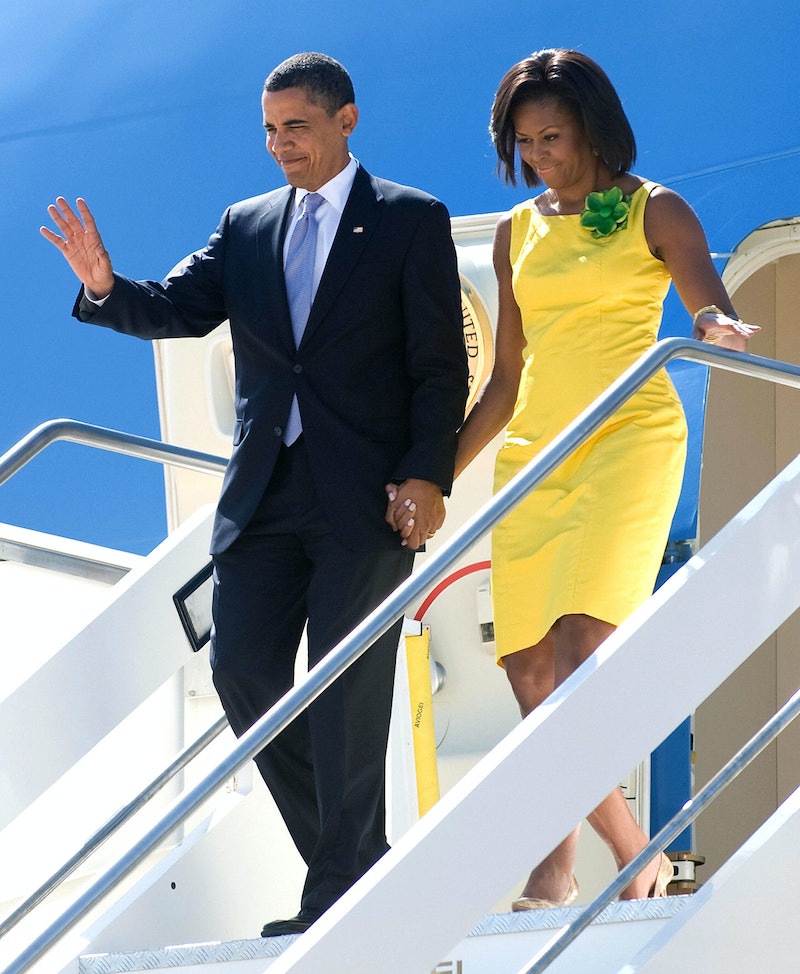 President Obama’s time in office is quickly coming to an end, but as the first African-American President of the United States, he won’t soon be forgotten. We also have a feeling he won’t soon disappear from the media, as his wife is totally going to run for POTUS someday (in our humble opinion), and as he’s totally comfortable on camera and will likely enjoy many more engagements in front of it despite leaving office. Here, nine of the most hilarious things the natural-born orator (and comedian) has said while holding the most serious office in the nation.

9 Times President Obama Made Us LOL

President Obama cracked this joke at the 2012 White House Correspondents' Association dinner, poking fun at the inability of Congress to pass legislation due to party differences.

Also from the 2012 White House Correspondents' dinner, this quote references a photo that was circulating at the time of Hillary Clinton drinking a beer in Colombia while attending the Summit of the Americas.

In this 2012 joke, Obama referenced Jimmy Kimmel in order to poke fun at Congress once more.

This zinger is from his 2015 White House Correspondents' Association speech, and we don't really think it needs context.

We love it when Obama pulls out his dad humor more than anything, even if Malia and Sasha probably didn't speak to him for a week after this moment.

This quote is very obviously from 2008. Paris was probably wearing a Juicy tracksuit when she heard this burn.

Antonio Sabato, Jr., still thinks that Obama is Muslim based on his name, so there's that.

Here, Obama is referencing the fact that Prince George—who was two years old at the time—was wearing his pajamas when they met. Somehow, we don't think we can expect perfect cracks like these from Trump or Clinton, so we'd best enjoy them while we can.