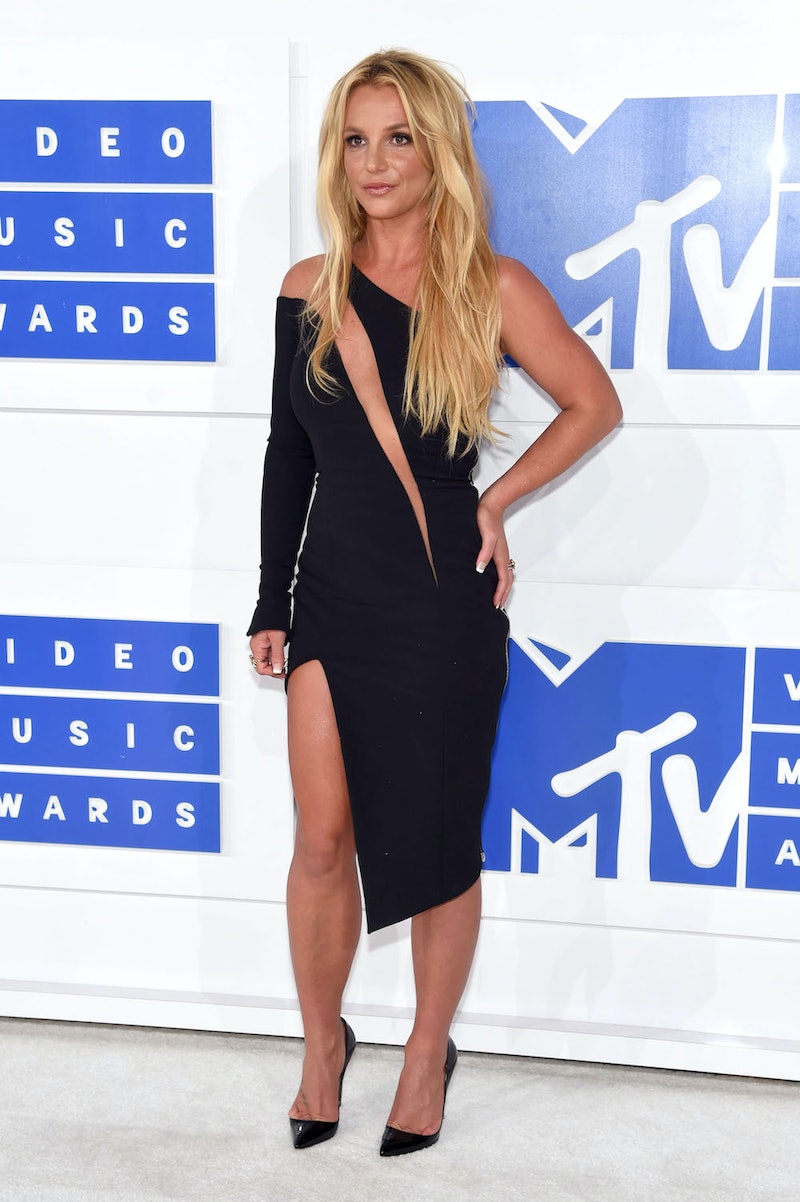 Few annual events can rival the envelope-pushing glamour of the VMAs. And this year’s turnout was no exception. Celebrating the MTV awards show’s 32nd year, attendees brought their A-game in striking ensembles that may just live on as iconic fashion moments. Here, our wrap-up of the very best looks for you to review ahead of tomorrow’s water cooler conversation.

Our hearts melted upon seeing Queen Bey walk the carpet with her daughter Blue Ivy in tow. Beyoncé slayed in a sheer, sequin-decked dress with an exaggerated fur collar by designer Francesco Scognamiglio, while Blue wore a metallic tulle gown and crown for a coordinated fairy-tale effect.

The other Queen B, Britney was impeccably sleek in a slinky one-shoulder dress and pointy-toe pumps. We're on the edge of our seats to see her onstage attire.

Supermodel Joan paid homage to the '90s in a leather crop top and zipper-front wide-leg pants. TLC would approve.

The actress-slash-singer turned up the color odometer in a long-sleeve chain-mesh mini by Balmain.

We can always count on Miss Minaj to bring the curves, as she did here in a body-hugging geometric gown with sheer panels.

Model Taylor Hill slayed in an asymmetric sequin number by Moschino. And her beauty game was on-point too.