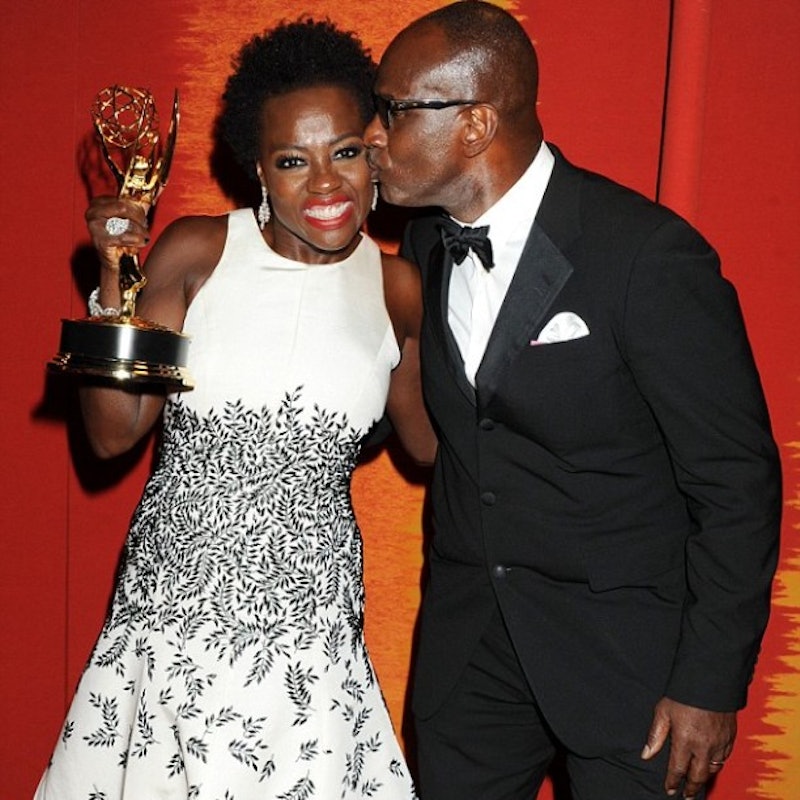 Given the seemingly ceaseless tragedies making headlines lately, we thought it might be nice to take a moment to appreciate some of the lighter diversions that’ve made the news this year, especially as many of them were as groundbreaking as they were entertaining. Here, ten pop culture highlights from 2015 that brought positivity into a world that’s very much needed it.

Between the killer third season of Inside Amy Schumer and its headline-grabbing skit ‘12 Angry Men,’ the box office success of Trainwreck and a buzzed-about Pirelli calendar shoot, it’s safe to assume Amy Schumer is having the best year of her life. We couldn’t be more obsessed with her unique brand of funny and fierce feminism or inspired by her loud and proud messages of self-love.

Also having an incredible year? Caitlyn Jenner, who shed her role as a background player in the Kardashian clan and took center stage this year for one very inspiring reason. Her Vanity Fair cover marked a milestone for the transgender community, and the mainstream’s acceptance of the former Olympic hero’s transition has inarguably been a proud moment for humanity.

Cookie Lyon is our new spirit animal (sorry, Beyonce). Everything about the Lyon matriarch makes us want to say ‘Yas, Queen!’ at the top of our lungs. This includes Cookie’s wardrobe, which may soon rival Carrie Bradshaw’s as the most memorable TV costume design of all time. That Cookie is just one of the many three-dimensional female protagonists who jumped off the screen at us in 2015 is further cause for cheer.

Sure, the hashtag is a bit played out at this point, but we love that 2015 was the year Swift replaced her notoriety for being boy crazy with a reputation for being all about her girls. With all she’s accomplished, Taylor wasn’t about to let the media reduce her to a silly girl. Pushing her posse to the forefront was surely a calculated and feminist move of retaliation, one we’d consider to be a checkmate.

Somehow, Adele manages to write songs you know by heart (and can’t help but cry to) before you’ve even finished listening to them for the first time. The success of this record proves that female artists don’t have to exploit their sexuality, participate in the tabloid machine, or otherwise compromise their art in order to hit it big.

After becoming the first African American woman to win an Emmy for best actress in a drama, Ms. Davis turned her acceptance speech into an opportunity to applaud those who write with diversity. Hollywood’s whitewashing issue isn’t going to be remedied overnight, but moments like these are certainly encouraging the change.

In 2015, Kendall became ubiquitous as the face of somewhere around a zillion brands and yet, somehow, we don’t mind. On the contrary, there’s something so likable about Jenner that it’s hard to imagine ever feeling as fatigued by her as we might be by, say, her sister. The difference may be that Kendall tends to make headlines for being hard at work rather than for being hard at work at making headlines, which is a refreshing change of pace for the Kardashian-Jenner clan.

In a world where anti-heroes are the new heroes, it isn’t the worst thing in the world that Mad Men’s ending was a bit more bubblegum (or should we say Coca Cola?) than the series as a whole. We expected the finale to leave us drowning in existential despair, and were pleasantly surprised when it didn’t. Perhaps it was the writers’ way of buying us all a coke?

In some ways, 2015 seems to be the year of not giving any f***s, and this mentality is perhaps epitomized by Left Shark, who brought joy to millions of super bowl viewers by dancing to the beat of his own drum.

And speaking of not giving any f****s... only Drake could pull off this song (and that sweater!) in a way that makes both kinda dorky things seem somehow inimitably cool.