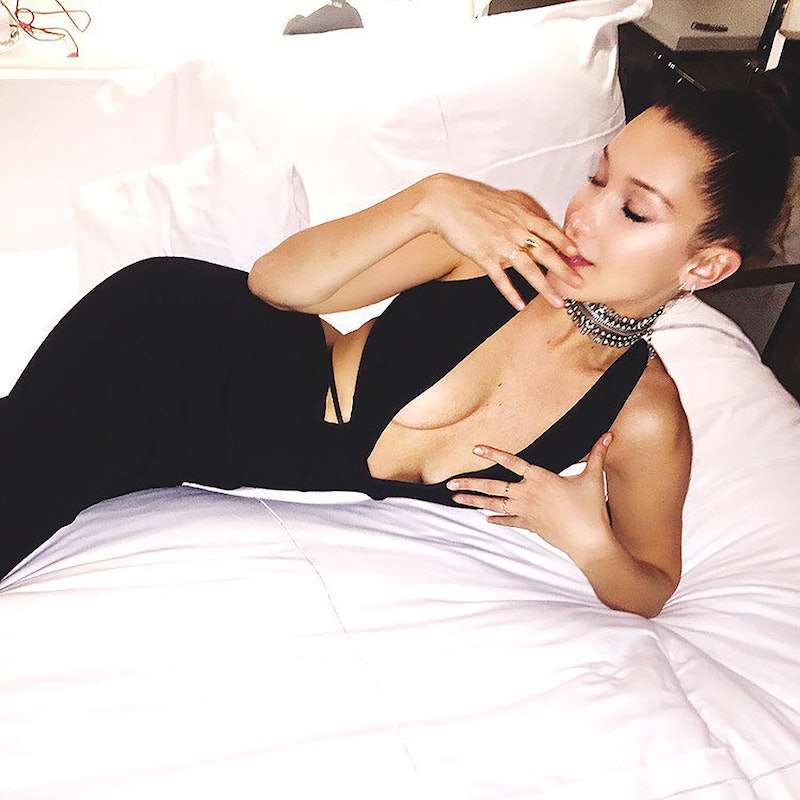 Bella Stars In "In The Night"

The Weeknd cast his real-life girlfriend Bella Hadid in his latest music video for "In The Night." Watch it in all its technicolor glory here.

Including Viola Davis in How To Get Away With Murder for Outstanding Performance by a Female Actor in a Drama Series, plus several nods for House Of Cards, Mad Men and Trumbo. See the full list of nominees here.

Emma Watson Gets A Bob

The actress is the latest to debut a major chop—publicist Luke Windsor captioned the photo "Amazing Woman. Amazing new hair." We concur.

The pop star is set to debut her Fall '16 collection for Puma at New York Fashion Week in February. Care to attend? She's auctioning off front-row tickets to the event, with proceeds benefitting her charity, The Clara Lionel Foundation. [ Vogue UK ]

See Every Look From The Victoria's Secret Runway

ICYMI: The Victoria's Secret Fashion Show aired last night—though you'd have to be living under a rock to not know about the most hyped lingerie event of year. If you didn't tune in for the broadcast, see every look from the runway here.