Dior from head to toe. 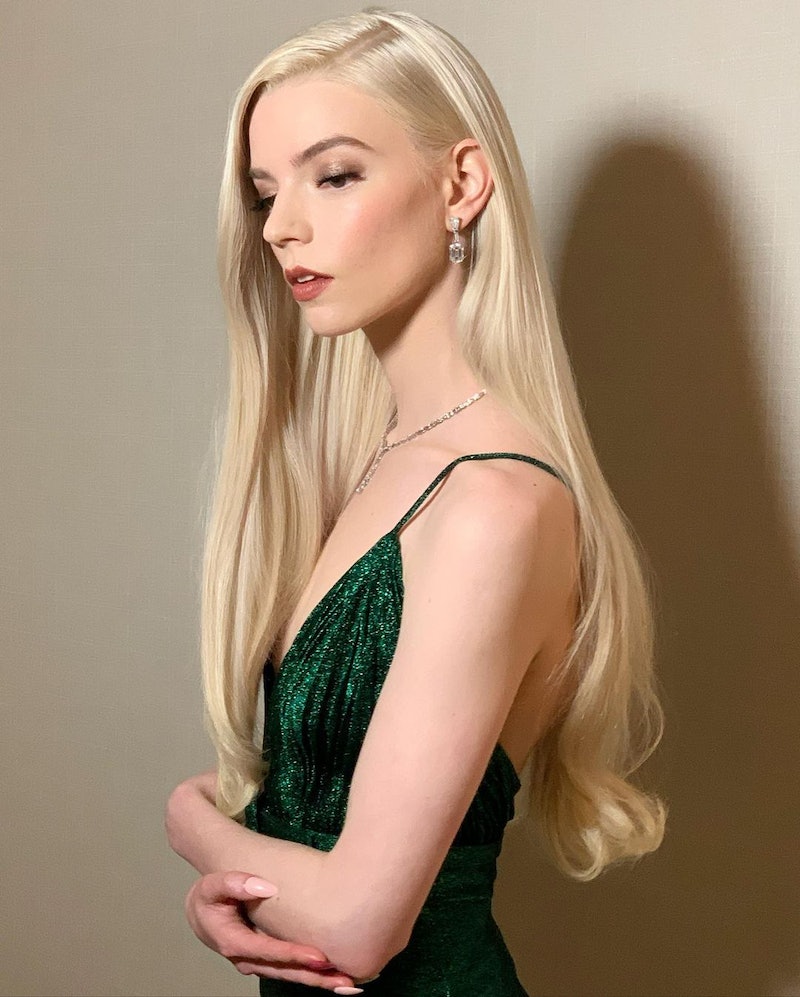 "Anya’s [Christian Dior Couture] gown had a little '70s vibe to it so I really wanted to lean into that," explained a quote from celebrity makeup artist Georgie Eisdell in a press email. "I went with a bronzed smoky eye, beautiful lashes, glowing skin, and a nude Rouge Dior lip to keep it modern and young."

A touch of Dior Forever Skin Glow ($52), Dior Forever Skin Correct ($36), and the soon-to-launch Dior Backstage Face & Body Powder-No-Powder evened her complexion, brightened the under-eye area, and minimized any T-zone shine. The makeup artist used $44 Dior Rouge Blush in #475 Rose Caprice Matte on the apples of Taylor-Joy's cheeks, blending back, then followed with the $45 Dior Backstage Glow Face Palette in #001 Universal "very slightly over the top" to create a more illuminated glow.

But on to the eyes, the key part of the '70s glam. Eisdell noted that the team wanted a "classically smoky and modern" eye look, which lead to the artist calling on the $62 Dior 5 Couleurs Couture #599 New Look palette. "[I] mixed the lighter bronze and deeper bronze together to make the perfect bronze, applying it on the lid up to the crease. I added depth to the eye by using the dark brown across the lash line," Eisdell explained. "For her lashes, I added layers of the Diorshow Iconic Overcurl #090 Black, making sure to push the mascara wand right into the lash line and wiggling it to the top of the lash to create a fluffy lash and coating the lashes thoroughly. For a little more drama, I added in some individual lashes."

Then it was brows — a combination of $29 Diorshow Brow Styler and $29 Diorshow Pump 'n' Brow — and lips, courtesy of that aforementioned $38 Rouge Dior lipstick and $31 Dior Contour lip pencil, though the artist prepped the actor's lips with $38 Rouge Dior Universal Lip Balm for hydration.

Simple? Not exactly. But with the right tools, it'll be easy to incorporate these techniques into your own routine. Below, the Dior Beauty products used for Taylor-Joy's winning night.