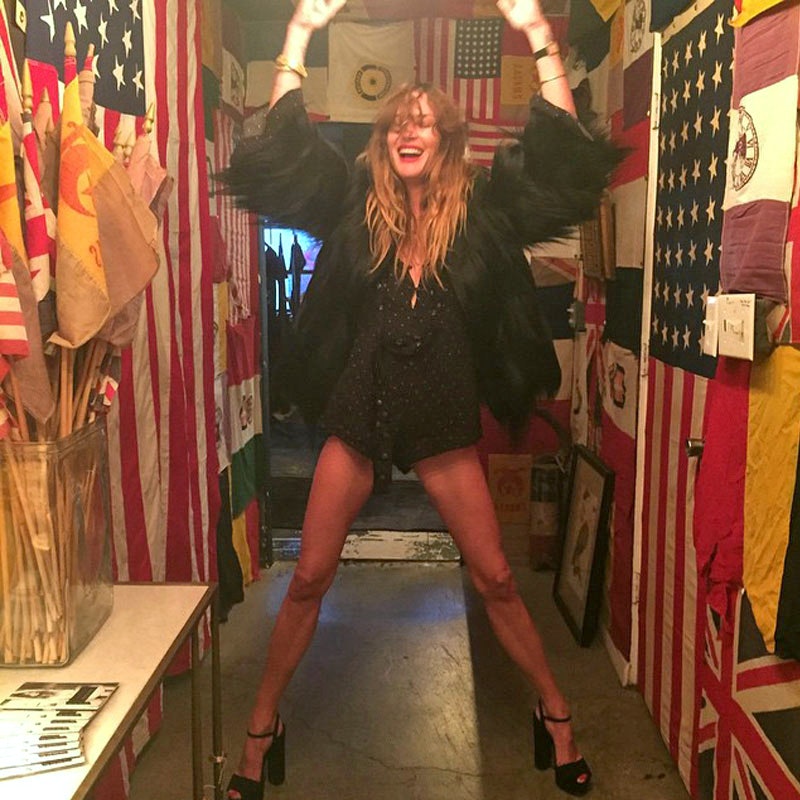 Happy Fourth of July! In honor of the patriotic holiday, we curated a gang of It girls we think are redefining what it means to be a stylish American woman. Here, a list of superlatives assigned to some of our favorite born-in-the-USA babes.

How could you not admire the effortless cool Ms. Wasson exudes? With a laundry list of accolades that include catwalks, magazine covers, design collaborations and more, this Texas chick always keeps it real.

From her BFF status with Taylor Swift to a charitable cookie operation, Karlie's wholesome persona easily makes her a top contender for America's (model) sweetheart.

Catapulted into the limelight in part thanks to social media (not to mention major fashion campaigns including Guess and Tom Ford), model-on-the-rise Gigi is the California girl-next-door that dreams are made of. And at only 20 years old, she's just getting started.

With young Hollywood and the fashion crowd as her muses, Claiborne's portraits are at once glamorous and down to earth. Her Americana-infused aesthetic extends to her exemplary personal style as well—what else would you expect from a Vogue alum?

This bombshell blonde is certainly having a moment—the fashion-industry darling and great granddaughter of Diana Vreeland possesses many covetable qualities, including (but not limited to) flawless skin, the voice of an angel and an unapologetically authentic social-media feed.

Transitioning effortlessly from Old-Hollywood bombshell to bohemian queen of the desert, the style-minded set constantly have eyes on Kate and her revolving door of on-point looks. Toggling between acclaimed actress and fashion-scene fixture, she's a certified star in both lanes.

The iconic sister duo parlayed their childhood acting careers into a full-on fashion empire. From Elizabeth and James to The Row and every special project in between, we (alongside the rest of the industry) anxiously await their next move season after season—and are always blown away.

An OG member of the blogosphere, Leandra captured the hearts of fun-loving fashion folk everywhere with her endearing candor and sharply written personal essays on the topic of "Man Repelling." Now that she's grown the site into a full-fledged business with a team of employees, she continues to rank high on our list of Internet-savvy girl crushes.

She acts, she plays in a rock band and her dad is Lenny Kravitz—it actually does not get cooler than Zoe. The rising star might have famous familial ties, but is paving a path to stardom all her own.