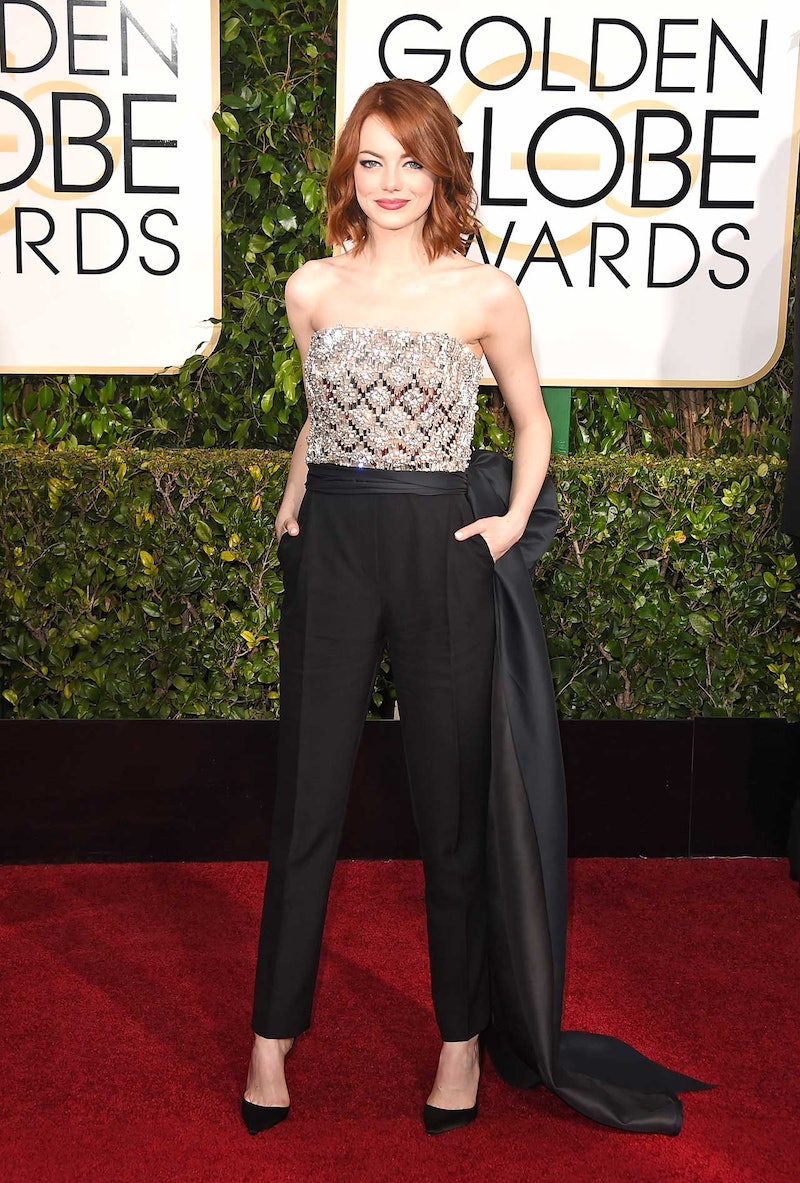 Yet another designer departure is shaking the fashion landscape as we know it: Just a week after Raf Simons bid adieu to Dior, Alber Elbaz has announced he’s leaving Lanvin. Elbaz hasn’t confirmed his reasons for exiting the brand after 14 years, though WWD cites disagreements between the designer and company executives are potentially to blame. Many speculate Elbaz will fill Simons’ shoes at Dior, but only time will tell. Here, 5 reasons we’ll miss the spectacled star at Lanvin.

The designer's ability to illuminate a certain vibe on the runway is second to none. His Fall 2015 collection projected a broody, romantic air that had us suddenly lusting after sultry, old-world glamour.

Emma Stone turned heads at this year's Golden Globes when she took the red-carpet road less traveled by opting for an elegant jumpsuit of Elbaz's design instead of a gown.

In capsule collections from H&M to Lancôme, Elbaz brought his sense of whimsy to the masses with affordable yet stunning pieces, allowing everyone to own a token of his genius.

The designer always had a bit of fun with his ads. One of our favorites was the video (and subsequent imagery, shot by Steven Meisel) of Karen Elson and Raquel Zimmermann dancing to Pitbull for Fall 2011.

Spoken like a true designer, Elbaz's quotable lines always make us crack a smile—especially this one, which he rattled off in an interview with WWD earlier this year.