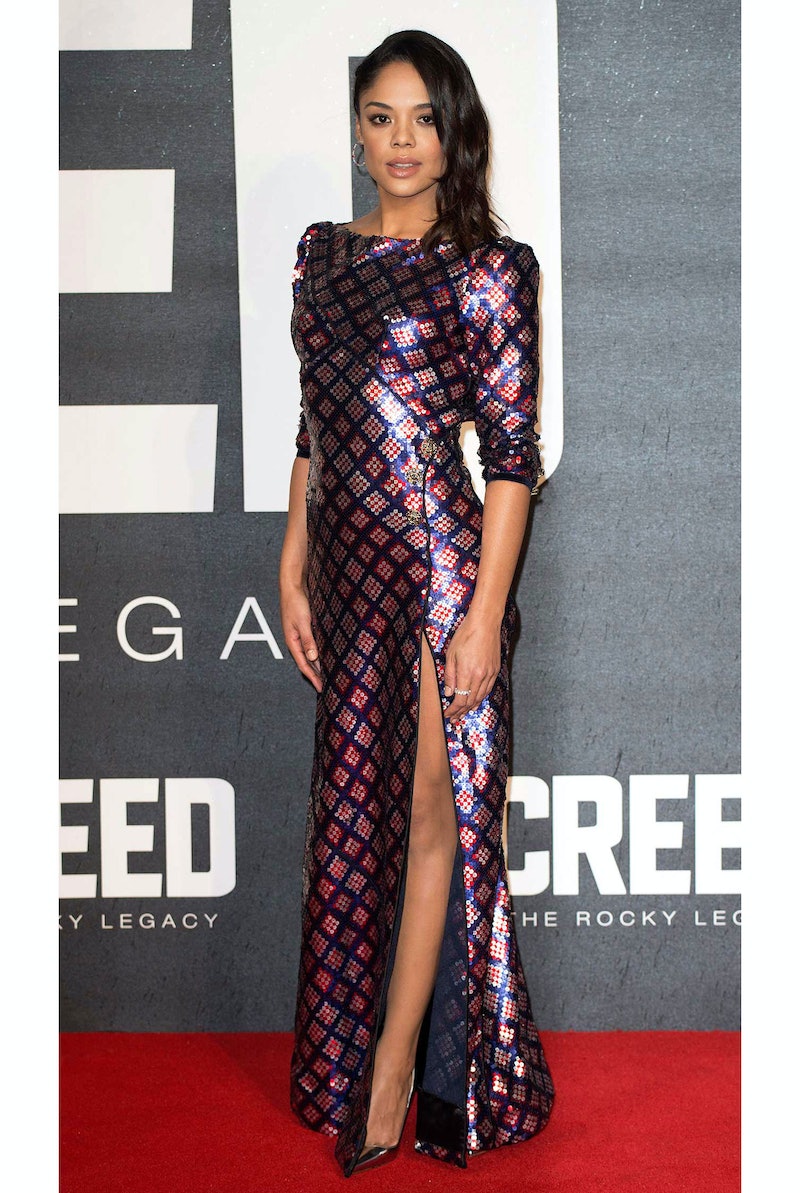 The new year inevitably ushers in a fresh crop of female talent, and we have our eyes fixed on a particular group that’s quickly ascending the ranks alongside Kendall, Gigi, Lupita and Alicia. From shining on the silver screen to wowing on the catwalk, their talents run the gamut, but the one thing they have in common is—of course—an innately stellar sense of personal style. Here, the 10 chic women we can’t wait to watch rise in 2016.

Though we've had our eye on Amandla for a hot minute, we still think the best is yet to come for the 17-year-old Hunger Games actress. What we admire most about her is how she fearlessly speaks out on issues she's personally attached to (cultural appropriation and sexuality, to name a few)—rather than shy away from particularly tricky topics, she tackles them head-on with tact and maturity that makes you forget she's still a teen.

Gal might just have the coolest gig in town—she plays Wonder Woman in the upcoming Batman v Superman: Dawn of Justice film, due out this March. The Israeli actress has appeared in the wildly popular Fast & Furious franchise, but her latest role will undeniably serve as her breakout moment.

If you haven't seen the Golden Globe award-winning Mozart In The Jungle, do yourself a favor and use the inclement weather as an excuse to binge-watch it ASAP: The Amazon Prime exclusive follows Lola's endearing character Hailey and her journey navigating the dramatic and scandal-filled NYC classical music scene. It's easily one of our favorite new shows on account of Lola's performance, and has left us on the edge of our seats waiting for her next big project.

In 2015, Stephanie starred in highly acclaimed TV and movie hits—perhaps you've heard of Netflix's Narcos, or the latest Bond film, Spectre? Yep, she was in both. The exotic beauty got her start in modeling, but hit the big leagues after transitioning to acting. Well played, Stephanie—Hollywood's lucky to have you.

In 2015, the Aussie actress established herself as an up-and-coming fashion darling by attending key shows and events, but with a game-changing role in the upcoming Pride and Prejudice and Zombies, we think Bella is on the verge of breaking into the big leagues. Starring alongside Ellie Bamber and Millie Brady (who also made this list!) in the anticipated comedy-horror film, Bella and co are about to redefine #squadgoals.

With two major films set for release this year (Pride and Prejudice and Zombies and Guy Ritchie's Knights of the Roundtable: King Arthur), Millie won't be a new face for long. After all, the English actress has already modeled in a Miu Miu campaign—she might just be the next Rosie Huntington-Whiteley in-the-making.

Considering she landed a Burberry Prorsum campaign as her first-ever modeling gig, big things have seemed to be in the cards from the start of Neelam's career. Since then, she's walked Kanye's show for Adidas at NYFW and starred in Abercrombie ads—rest assured, you'll be seeing her face even more in 2016.

Following her breakout role in The Diary of a Teenage Girl (opposite Alexander Skarsgård and Kristen Wiig), the 23-year-old actress doesn't seem to be slowing down. She already has a number of films set to debut this year and more in the pipe—she's told Vogue , “I want to keep playing strong female roles. I don’t mean superheroes, but women who are really alive.” And that, we salute.

The ravishing redhead is part of the Pride and Prejudice and Zombies crew, and in addition to possessing serious star power on-screen, she also happens to rock Chanel on the regular at parties and events around Tinseltown (recently: in the photo above, here and here. Swoon.) If the Kaiser loving her isn't reason enough to jump on the bandwagon, we don't know what is.

Playing Michael B. Jordan's love interest in Creed, she delivered a critically acclaimed performance in the film, but also played a major role in developing the musical score. Yet another multi-talented star on our watch list, Tessa has also seriously stepped up her red-carpet style: case in point, the sequined Marc Jacobs (seen above) she wore for Creed's London premiere.

The Next Best Thing To A Personal Stylist

Need a wardrobe upgrade? We've got you.