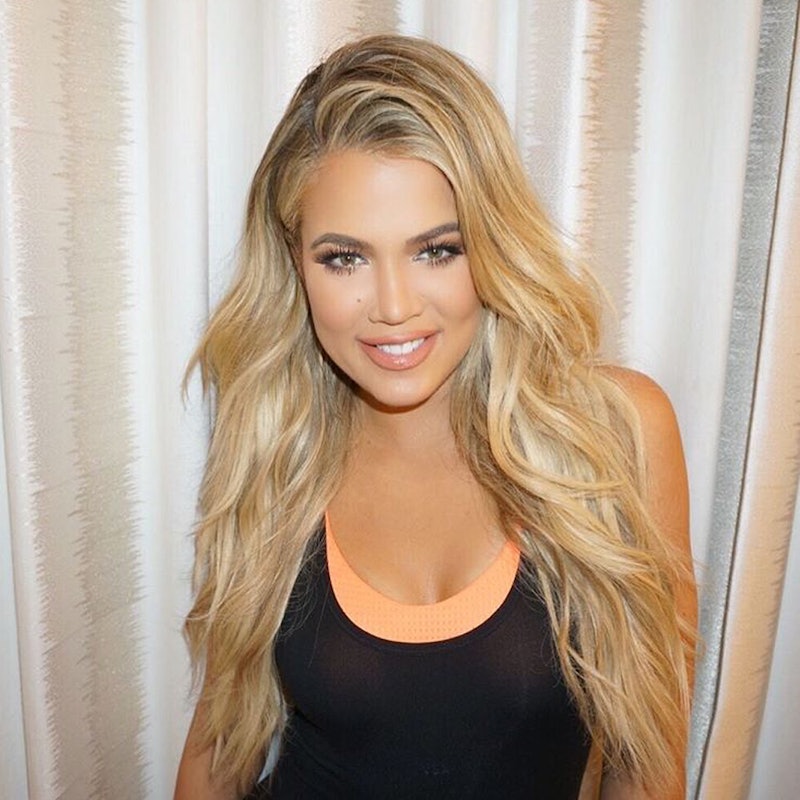 Khloé Kardashian is typically considered the more down-to-earth sister of the Kardashian clan. She keeps it real and has absolutely no shame in doing so, and now she’s getting really serious with her app and website subscribers. In a heartfelt post, Khloé opens up about a skin-cancer scare.

Having briefly mentioned a cancerous mole on Keeping Up With the Kardashians, she’s now giving a much more in-depth explanation. “I have moles everywhere,” she says. “A couple years ago, I noticed one growing under my breast. I immediately looked it up online and found out that if a mole is growing and changing shape, you should go to the doctor—so I did.” Her doctor did a biopsy, and Khloé received some bad news. “There was one mole I had on my back that was skin cancer. I had eight inches of skin removed,” she explains. “It was definitely painful because it was a lot of skin, but most of the time, the removals haven’t been that bad. Now that I’ve gone through this a couple of times, I am extra aware of my skin, body and moles.”

She ends the post by encouraging her fans to get their skin checked regularly. “I urge you to check yourself frequently!” she shares. “I haven’t had a problem in years, but wanted to share my experience with you so that if you notice something doesn’t look right, you will take action and take care of your health,” she writes. With such a huge platform, it’s great that Khloé is using her voice to bring awareness.

Update: On a new episode of E!’s Hollywood Medium , host Tyler Henry spoke with Khloé and younger sister Kylie and pointed out more skin concerns for the reality star. He warned Khloé that she ought to be extra watchful of her back, legs and a more “private” area she concluded could be her chest. She’s never had melanoma on her leg, but has already experienced it on her back. In her confessional, she revealed that she’s experienced skin cancer twice already, but she’s fine and continues to get checked every three months.