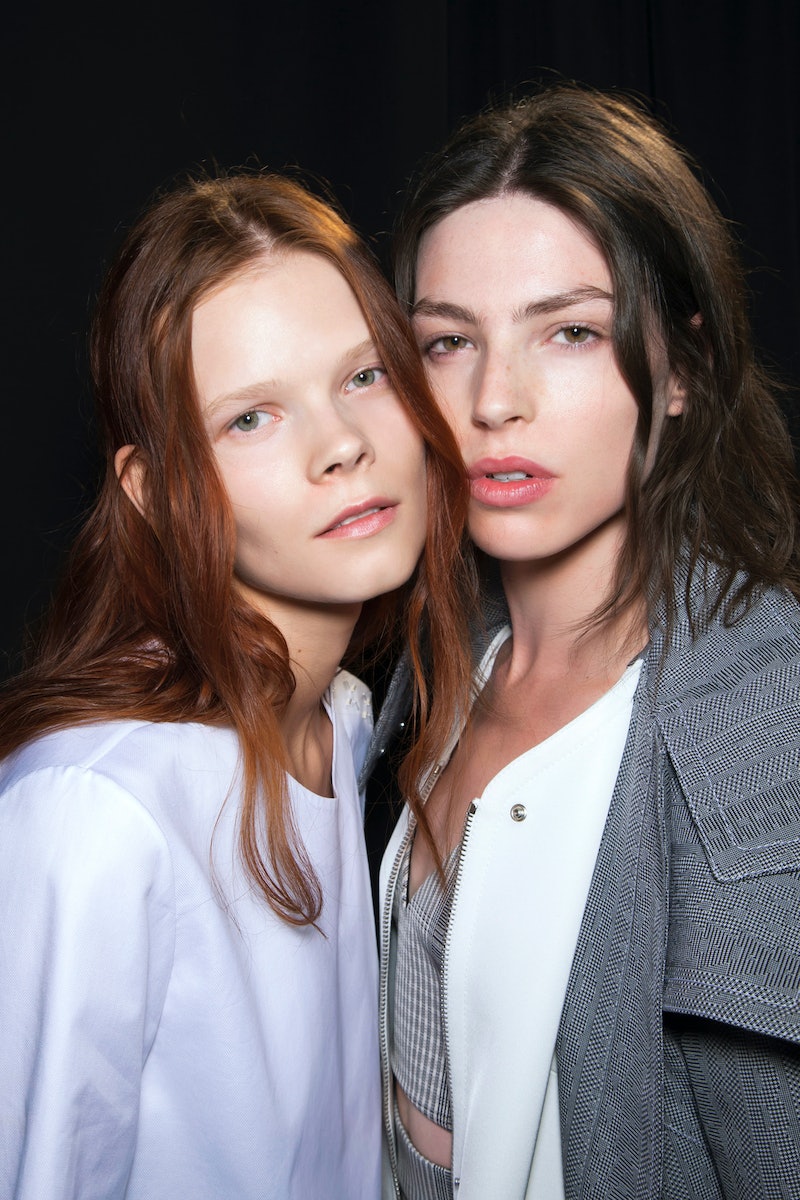 In a world obsessed with younger, fresher-looking faces, it’s no wonder we’re constantly on the brink of a new beauty breakthrough. Enter: sugar threading. No, it’s not a hair-removal technique, and yes, it involves actual thread (or something like it, but we’ll get into that later). It’s touted to be a 30-minute, non-surgical face-lift that’s less invasive than Botox. It’s said to be as good as, if not better than, going under the knife. But it sounds terrifying. Here, we weigh the pros and cons of this obscure beauty treatment.

What Is Sugar Threading?

Imagine a doctor sewing areas of your face in an upward direction resulting in an instant lift, and that's basically the idea behind sugar threading. If you're envisioning the type of thread you'd see in a sewing kit, try again. The ones used in face-lift procedures are actually a barbed version that hooks in from all directions. The thread dissolves three to four weeks after the procedure and claims to keep sagging skin in this lifted position long after the thread is gone (more on this later). Because the procedure is meant to help with sagging skin, it can actually be used for more than just the face. Think areas like the neck, arms, knees—basically anything in need of an instant nip or tuck. If you need a very graphic visual, Dr. Harold Lancer performed the non-surgical face-lift on The Doctors .

While the procedure isn't exactly new, it's just now gaining speed in the American beauty community. Last year, Goop spoke to French dermatologist Maurice Dray and Woffles Wu, a top plastic surgeon in Singapore, both of whom perform thread-based face-lifts.

Dr. Dray explained, "The improvement will last two years. After the first treatment, patients should expect to see a 50% improvement. All my patients are delighted with the results from the first treatment, which they typically see after a month, once the threads have melted and the new skin cells and tissues are born. There are no side effects. Downtime is minimal—there can be slight bruising for a few days, but nothing that cannot be hidden with some makeup or a scarf."

Dr. Wu says, "It is very safe. The worst thing that can happen during the procedure is temporary bleeding … Post-operatively, there's a very small risk of thread infection or granuloma formation, but if proper surgical sterility is followed, these risks are very low. Thread rupture and extrusion can also occur, but these are considered minor complications and are easily corrected."

Currently the procedure is most common in Europe and Asia and is not FDA approved in the US.

Although Dr. Wu ruled post-operative risks to be slim to none, early threading patients suffered serious side effects, including infection and thread breakage. In a 2005 report, Allure tapped James Stuzin, MD, a plastic surgeon in Florida who had examined a number of patients seeking repairs from their botched pseudo lifts (a version of the procedure was FDA approved back in 2004). "I don't see happy people," he told the magazine, recalling one patient who experienced small depressions in one cheek where the strings had pulled through the skin six months after her procedure. While this method of face-lifting was still in its infancy then, Dr. Stuzin noted that smiling and animation of the face weakened the threads, causing the skin to sag.

As Dr. Stuzin pointed out, the skin will sag eventually, as all natural faces do, but these anchor points will stay in place, causing a warped result in the long run—although these can fade over time. While this procedure may look amazing immediately following the appointment, it can't be as successful as a traditional face-lift in which incisions are made to remove excess skin, as well as lift the area. It's virtually impossible to relocate sagging skin without removing the excess.

The good news is the procedure won't cost hours of your time—the 30-minute face-lift requires almost zero downtime. Another pro is the thread is natural, so technically the procedure is as well.