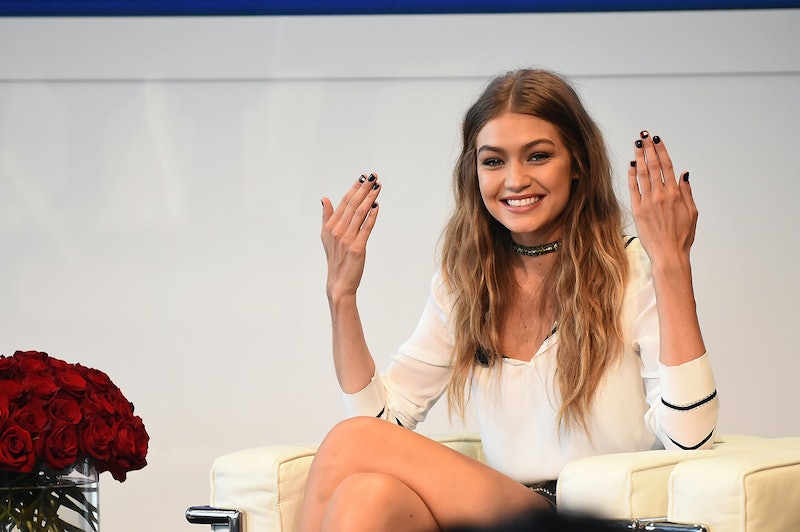 Season after season, the runways are a powerful influence on our beauty choices, from hair to makeup to nail art. But when we were invited by nail polish brand China Glaze to go backstage at the Tommy Hilfiger x Gigi Hadid fashion show, we noticed a shift in the trend-creation process. As of late, our Instagram feed has been flooded with manicures drenched in star motifs, but as evidenced from the show last night, the trend has trickled up to make the ultimate appearance at Tommyland. To complement Tommy’s all-American style, rows of nail artists backstage freehanded every gold and silver star on the nails of the coolest models in the industry. Click through to see the glam runway look along with the Insta inspiration behind it.