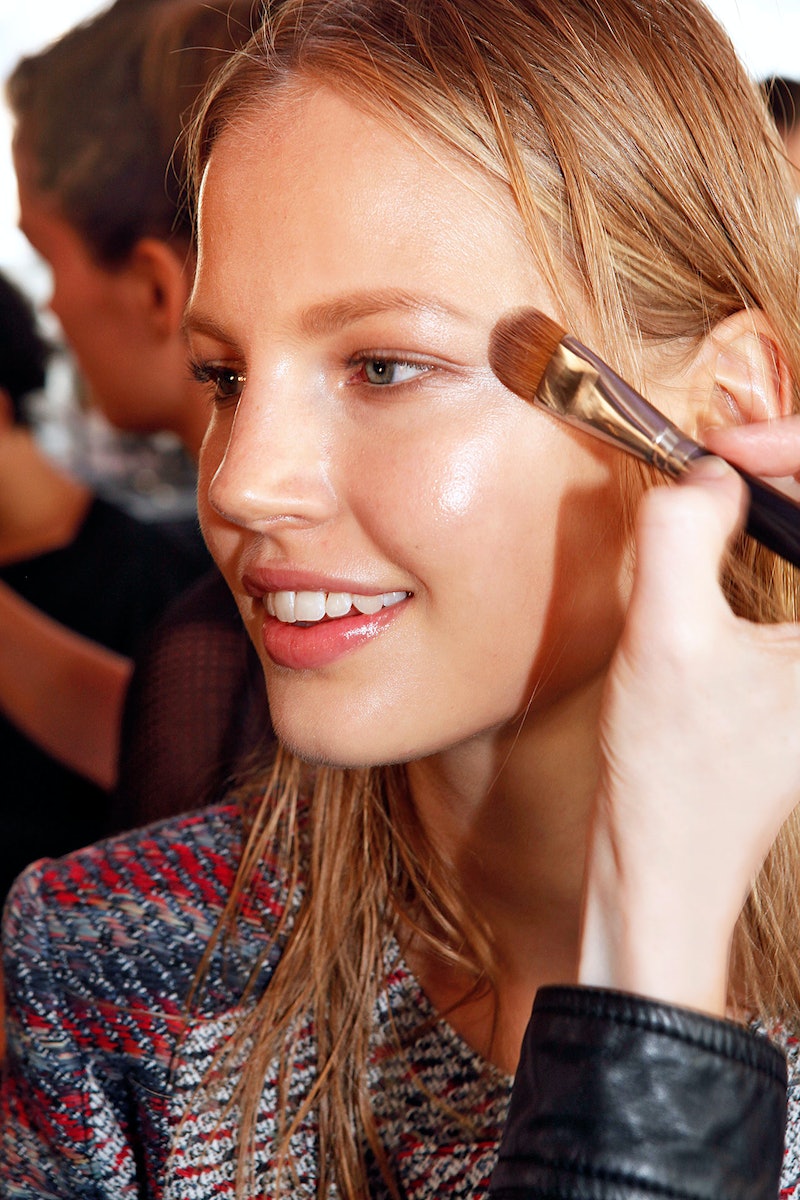 In today’s beauty (and Kardashian-obsessed) culture, there seems to be an endless stream of new ways to add dimension to the face—many of which we’re giving a major side-eye (ahem, strobing and clown contouring). However, the latest trend is one we’re actually down to try, if not only for the fact that it’s a pretty genius way to use up the rest of our summer sunless tanner come fall.

Makeup artist and major YouTube vlogger Wayne Goss—who we’ve gone to before for game-changing beauty hacks—gave the “tontouring” technique, in which one sculpts their way to chiseled features with a self-tanning formula, a try in his latest video. Though we think it would take a bit of trial and error to achieve a blended, natural effect, once perfected it might prove to eliminate the need for additional face makeup—at least until our summer glow fades.

Would you give tontouring a go? Tell us on Twitter at @thezoereport.