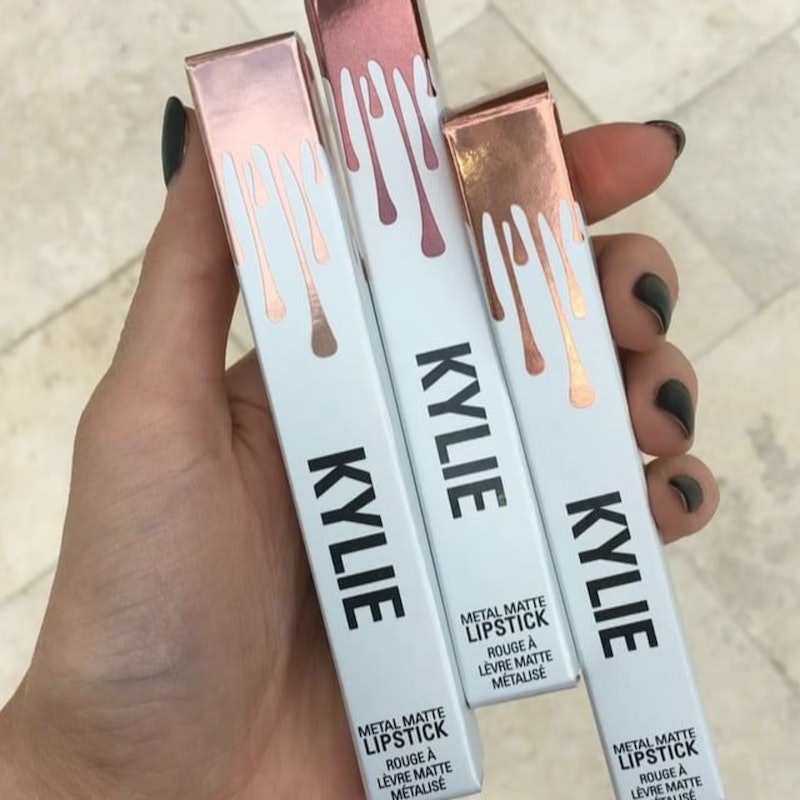 Be warned, however, that your data may not be super safe in the digital hands of the Kylie Cosmetics website. Kylie restocked her lip glosses and other matte lipsticks yesterday and they sold out almost immediately, but before the 18-year-old mogul could celebrate, news of yet another data breach (Kylie Cosmetics accidentally revealed names and email addresses of over 600,000 customers back in September) began to circulate. This time, lip kit fanatics attempting to purchase the restocked products were accidentally shown information belonging to other customers. Many took to Twitter to express their rage and disappointment. Kylie responded via the Kylie Cosmetics Twitter account, promising to fix the problem and expressing her love for fans of the brand.