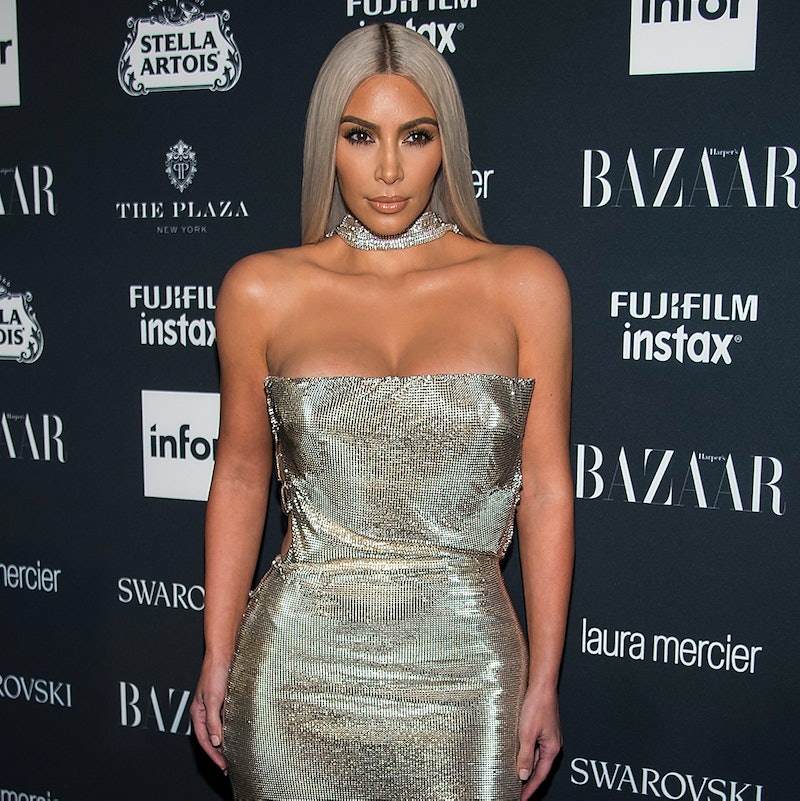 Earlier this month, Kim Kardashian took to Instagram (obviously) to tease an upcoming lipstick for her KKW Beauty line. The photo featured a dusty rose lip print that fit Kim's aesthetic of all things nude and pink for the brand. However, she also moved on to reference KKW fragrance as recently as last week, so fans were left to speculate what was actually coming next. Well, the beauty empress has now spoken and confirmed all of our wonders during her Q&A for Allure's October cover story. After opening up in the very raw and revealing interview, Kim, on a lighter note, shared what we can expect from her next two launches coming in the following months.

Kim confirmed that in October she'll launch nude lipsticks, which will be different from her collaboration with Kylie Cosmetics by Kylie Jenner. Then, in November, we should be on the lookout for a new KKW face palette. She did not say what the face palette will include, but since she's already done highlighting and bronzing powders, we're thinking maybe a cream contour palette or a set of blushes. We'll be keeping our eyes peeled for more beauty news from the brand, and we'll update as soon as we learn more.