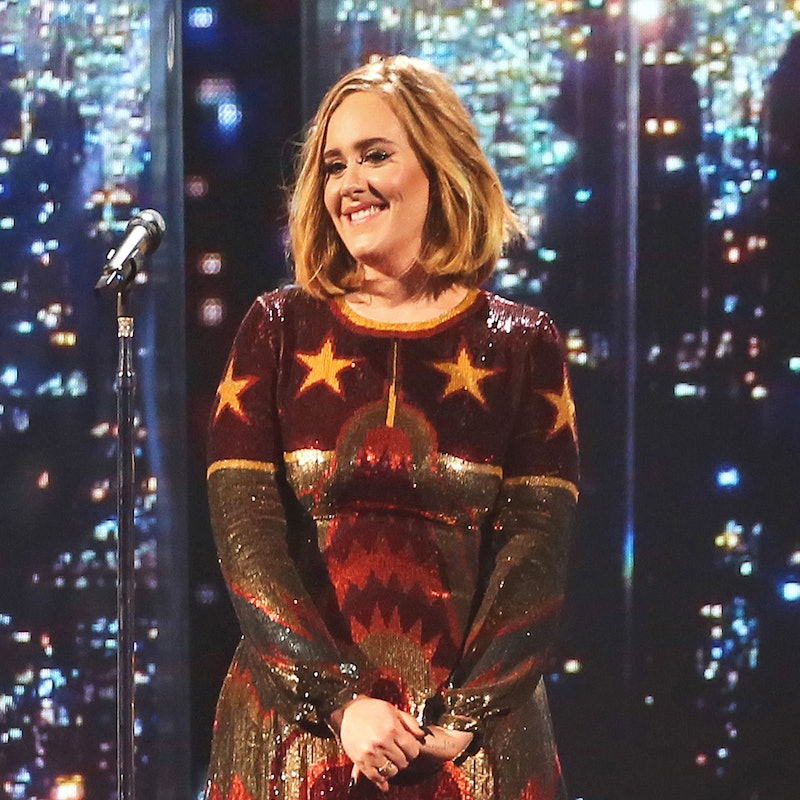 If there’s one thing Adele’s known for other than her heart-wrenching lyric and spine chilling vocals, it’s her signature cat eye. Everyone is so eager to learn how Adele flicks her winged liner so perfectly, that her makeup artist Michael Ashton went as far as filming his own tutorial. She’s usually seen pairing the look with flushed cheeks and nude or red lipstick, but she shocked us with her latest beauty move.

Adele decided to switch things for a change by removing her cat eye entirely, all while documenting the process for her 16.2 million Instagram followers. As she stopped in Phoenix, Arizona for her sold-out US tour, Adele posted a photo of herself literally wiping off her eyeliner, followed by another photo sans liner. It turns out that she was actually beating a terrible cold and had to cancel her performance, and in turn treated the world to some makeup-free selfies. We have to admit we’re a bit jealous that she still looks this good while sick. But is it enough to convince you to toss out your eyeliner? Let us know in the comments below.