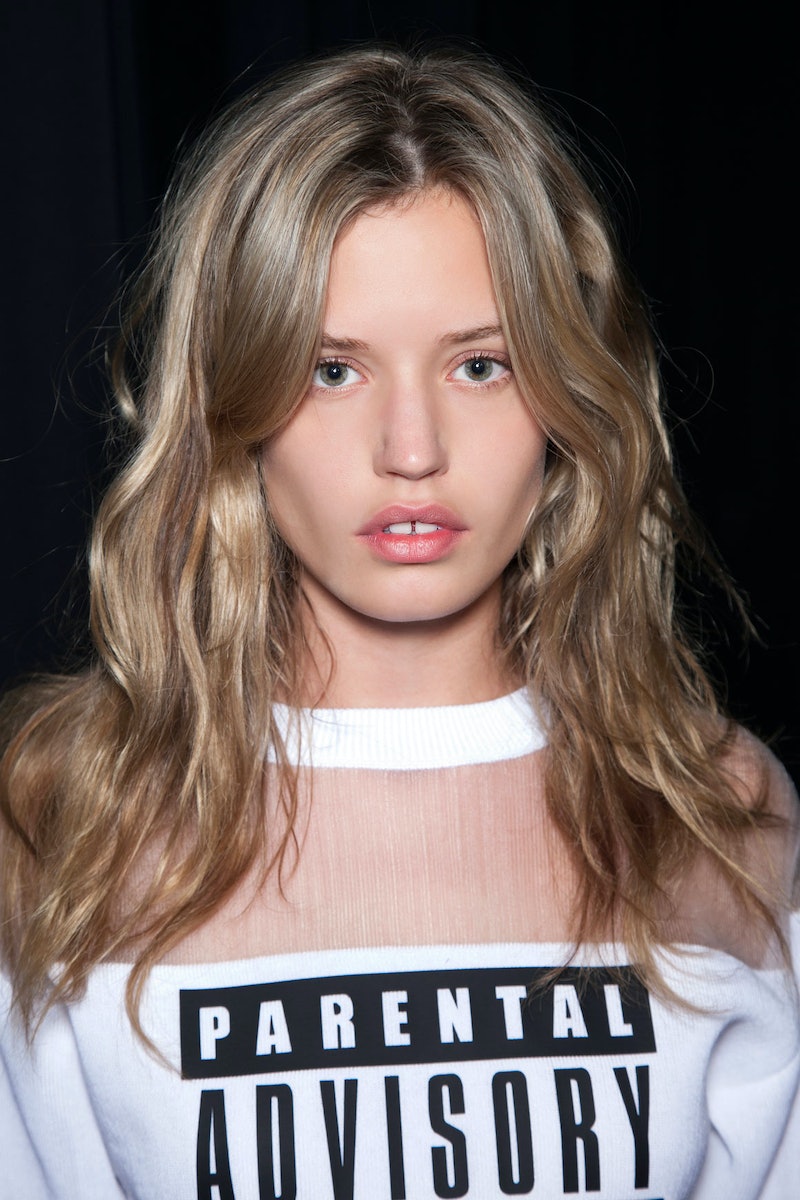 Most of us first wore makeup at some point in our young lives because it was simply fun to do so; then one day something changed, and it became instead a non-negotiable step in our daily routine without which we could not respectably leave the house. Alicia Keys recently penned an essay for Lenny Letter bemoaning this addiction to cosmetics and vowing to start venturing out bare-faced, thus starting what’s become known as the #nomakeup movement. Meanwhile, Leandra Medine of Man Repeller has also written a moving piece about why she chooses not to wear makeup, despite negative comments suggesting she should start. We’re all about doing what makes you happy—whether that involves lipstick, lip gloss, or Chap Stick—but there is something disconcerting about feeling like you can’t be seen in public without a fully painted face. We’d love to try out #nomakeup, even if just for a bit, to remember what it’s like to feel beautiful in our own naked skin. If you’re in the same boat, here are five non-intimidating ways to dip a toe in.

If you wear heavy foundation every day as some of us do, it can feel like a big step to try socializing without it. We suggest starting out at the office, because generally speaking, no one is paying all that much attention anyway.

Some of us never, ever leave the house without eyeliner—just the thought of an evening out sans kohl makes us break into hives. If you're similarly addicted, we suggest going bare for your next girls' night. You'll be surprised by how confident you feel without your safety blanket, or at the very least how relieved you are by not having to run to the bathroom every 15 minutes to check for raccoon eyes. This exercise is also recommended for mascara addicts.

If you're a girl who likes to be fully done up from eyes to cheeks to lips and beyond, try instead opting for a no-makeup makeup look for one full day and night. You'll be sporting a fully made-up face, but the effect will be natural, which may ease you into loving the way you look without any makeup at all.

Instead, try a lightly tinted gloss in your favorite hue. This way, your lips aren't totally bare, but they're also not as pronounced as they normally would be. Once you've mastered this step, try a night out with only lip balm in your handbag—you may feel naked at first, but you also won't have to worry about lipstick-smeared teeth for once.

Nude face selfies, that is. Get used to how you look in photos without makeup and try accepting your appearance rather than berating it. As we recently mentioned here, some years from now you'll refer back to these photos and think you look beautiful and young. Try adopting that mind-set now, even if it feels forced. Eventually your pretend mantra will transform into real love and acceptance for your perfectly imperfect, au naturel appearance.