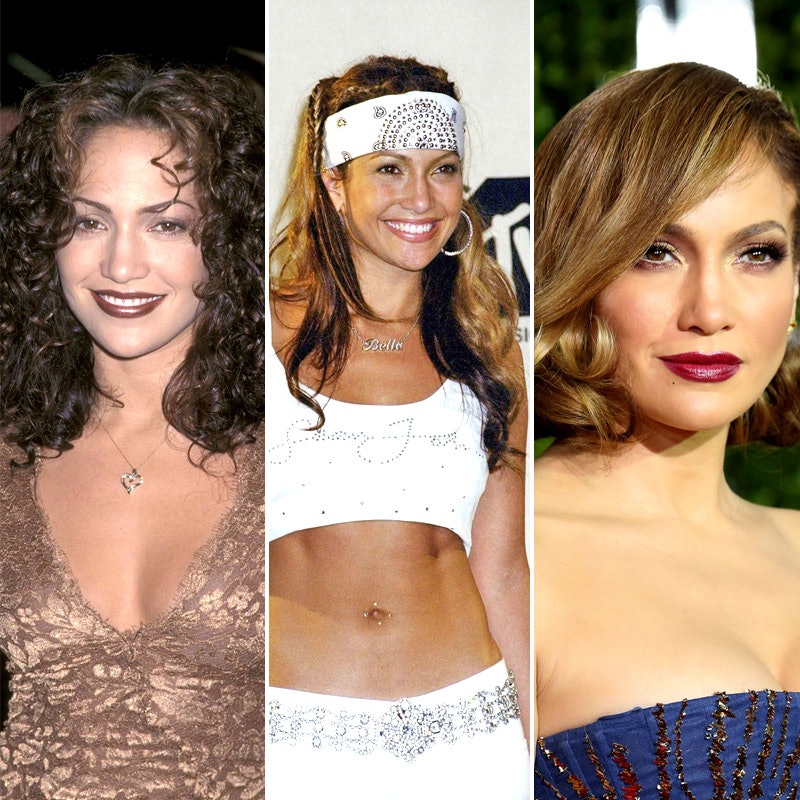 Jennifer Lopez has come a long way since her days as a Fly Girl on In Living Color. To wish Jenny from the block a happy 46th birthday, we’re taking a stroll down memory lane and recapping her most memorable beauty looks from the last 20 years. Here’s to 46 more years of fabulous beauty choices.

In 1997, nobody rocked a curly 'do, thin brows and brown lipstick better than this girl.

Jennifer stepped out at a 2007 movie premier wearing blue eye shadow and a full-on I-Dream-of-Jeannie ponytail–all we can say is we love her enthusiasm.

A year later, she took a way more subtle approach with minimal makeup and the "Rachel" haircut.

We can't say we weren't guilty of wearing butterfly clips in 1998, but we love how she paired her sparkling ones with an equally shiny top—and we mean "love" in a cringeworthy-yet-nostalgic way.

Remember this look from the 2000 Grammys? We love her voluminous half-up hairstyle–not that anyone was looking at that.

We are willing to forgive Jennifer for the bandana she wore as a headband, but only because she was being a supporting girlfriend and wearing her beau-of-the-time's clothing line, Sean John (aka P.Diddy).

Our definition of classic JLo: bronzed skin and a floppy hat.

Surprising everybody on the 2002 Academy Awards red carpet, Jennifer stepped out with a short—and very voluminous—curled 'do.

2010 ushered in the era of Jennifer's smoky eyes and false lashes (noticeably absent until now).

Rocking a sleek ponytail, some serious contouring and a full-lash fringe.

On the 2015 Billboard Music Awards red carpet, Jennifer rocked long hair in her lightest shade yet: a beachy, ombre blonde.

And for her most recent (and demure) hairstyle, the chameleon has recently been sporting a short, highlighted bob which is teamed beautifully with a wine lip and smoky eye.