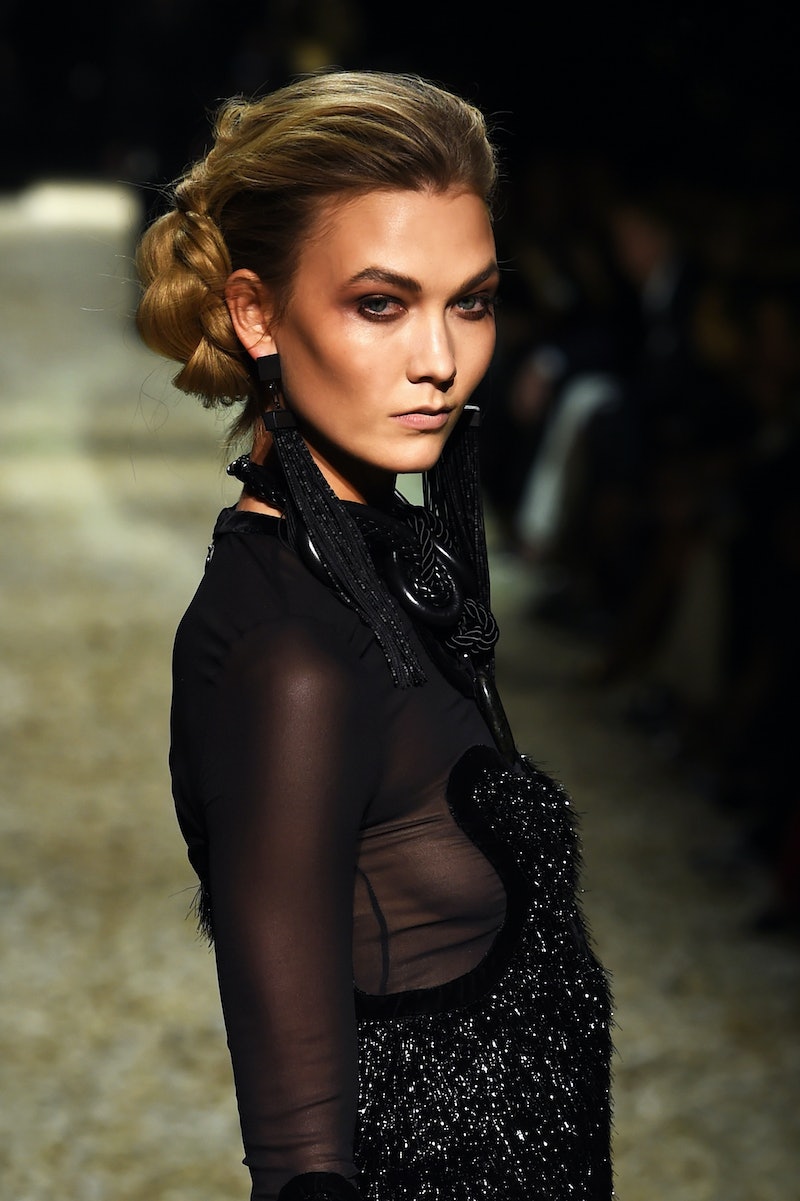 “Sex” was the word used most often backstage to describe the inspiration for the sultry hair and makeup looks done on of-the-moment models including Gigi Hadid and her sister, Bella, at Tom Ford’s Fall 2015 fashion show last night in LA. Karlie Kloss and Joan Smalls­ were among the other catwalk stars who opted to skip the first day of London Fashion Week to be there for the legendary designer’s rare West Coast show. A messy cross between a French twist and a braided bun was the hairdo that complemented the sequin gowns, fringe dresses and head-to-toe denim that came down the runway (while Hollywood’s biggest names, including Gwyneth Paltrow and Julianne Moore, looked on from the front row). We have the 411 on how to get the spectacular show’s morning-after sexy ‘do in 5 easy steps.

We teamed up with our friends at DreamDry–New York and Chicago's premier hair destination cofounded by our EIC, Rachel Zoe–to recreate the sexy hairstyle. Follow our step-by-step tutorial for the most on-trend style right now.

Part hair at the crown and tease close to the root to create volume and texture, making sure to keep the front section out of the way.

Smooth hair into a low side ponytail and secure with a rubber band.

Tease the front section and pull back and around into a French twist, hiding the hair tie and pinning to secure.

Gather both sections at the ponytail and create a three-strand braid. Beginning at the top, pull sections outward to thicken plaits and secure with a thin elastic.

In a counterclockwise direction, pull hair into a thick bun and pin to secure. With fingers, pull out loose strands to give the look a messy texture.