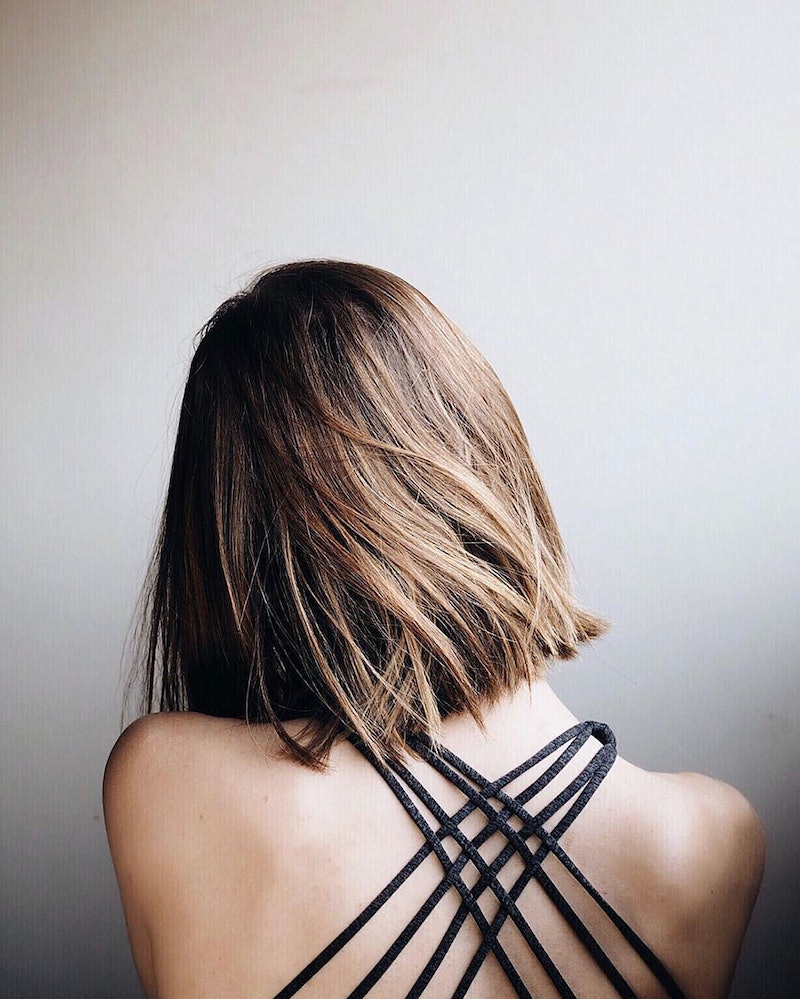 When you go to get a haircut, you’re likely thinking about one thing only: the length. Which makes sense—when going in for a chop, what you’re referencing via inspiration photos revolves largely, if not solely, around how long or short you envision your locks. But Jon Reyman, owner and founder of bicoastal cool-kid salon Spoke & Weal, is here to debunk your preconceived notions about haircuts—it turns out length is only part of the equation.

According to Jon, both length and the oft-forgotten density lie in the hands—er, scissors—of your stylist: "A lot of hairdressers know how the cut the length, but they don't understand how to manage the density," he says. "When you don't understand how to soften up the weight properly, dealing with your hair after you leave the chair becomes a struggle."

In fact, this is one of the reasons Jon opened Spoke & Weal—many salons he encountered simply didn't understand how to manage density on clients, and clients didn't know how to talk about it.

But that's not the only game-changing method Jon swears by for the best possible chop: He cuts all hair dry—his mantra is "dry hair doesn't lie"—for added precision. He notes that oftentimes, stylists will cut hair wet and then cover up a multitude of sins in the way they then blow-dry and style, which presents problems for the client after the fact.

"My job is to give you a haircut that's styleable—if it's really hard to make your hair look good when you're doing it yourself, that means you have a bad haircut." (Scope some of his before and after pics on Instagram for further proof of small yet mighty upgrades.) In order to further his point, Jon demonstrated on me.

A victim of an "okay" haircut myself, I let Jon work his magic on my troubled tresses. As I already liked the length, he subtly (yet completely) changed my cut by working with the density. The back of my lob was a heavy mess ("a lob without movement is just a blob"), so he softened it up in what would result in a much more manageable texture. Several weeks after my cut with Jon, I'm still reaping the benefits of the overhaul. I'm now able to wear my hair straight (a style I wasn't fond of before), and I find it inherently looks better when I wake up each morning.

In case you don't have a Spoke & Weal nearby (locations are in New York, Los Angeles and San Francisco), one way to avoid being a victim of the length-only approach to a haircut is talk to your stylist about the density and weightiness of your hair. (It also might be worth it to suggest a dry cut for more precise results—but don't be surprised if they're hesitant.) The more you know, the better your future looks—hair included.