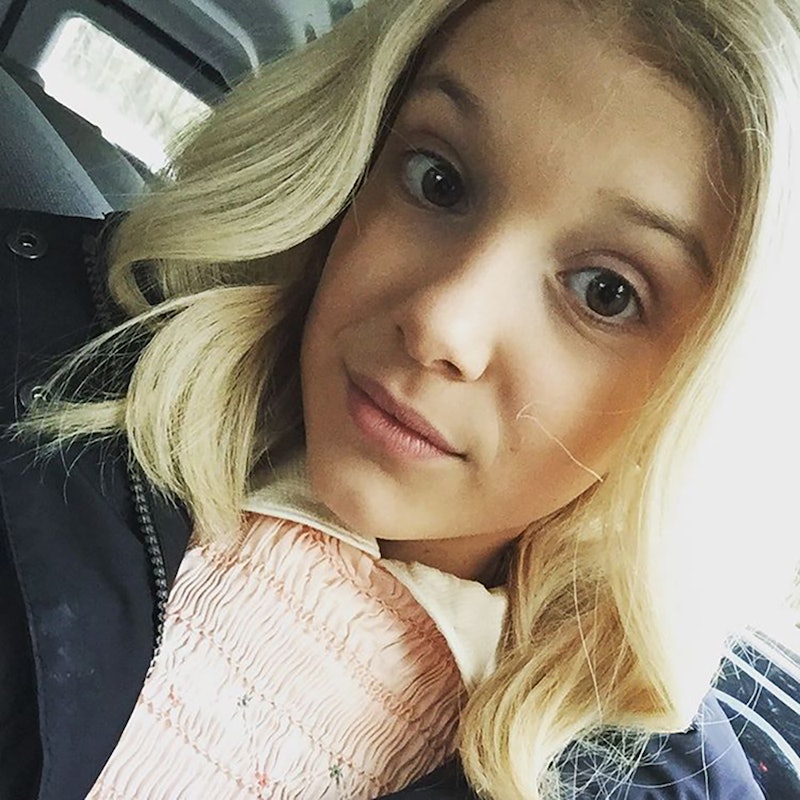 No doubt you’ve heard people discussing Netflix’s new hit drama Stranger Things—likely to a nauseating degree. If you haven’t watched the show yourself, it’s full of suspense and cliff-hangers and has an epic ’80s soundtrack to boot. The cult series has put Winona Ryder back in front of the camera, alongside 12-year-old actress Millie Bobby Brown in her breakout role as Eleven. In order to really get into character, Millie had to undergo a serious hair change, and by serious we mean she had to shave her entire head.

Now, a few weeks after the show’s debut, Millie has taken to Instagram to share the moment her makeover happened, and trust us when we say it’ll give you chills. In a series of two videos, you see a stylist chopping off Millie’s long brown locks at the root, then shaving the rest with a buzzer. You can clearly see her emotional response in her body language—a mixture of disbelief and excitement.

The show and Millie’s character have garnered so much attention lately we think it’s safe to say her hair makeover was worth it. Take a look at the two clips below and let us know what you think in the comments section.