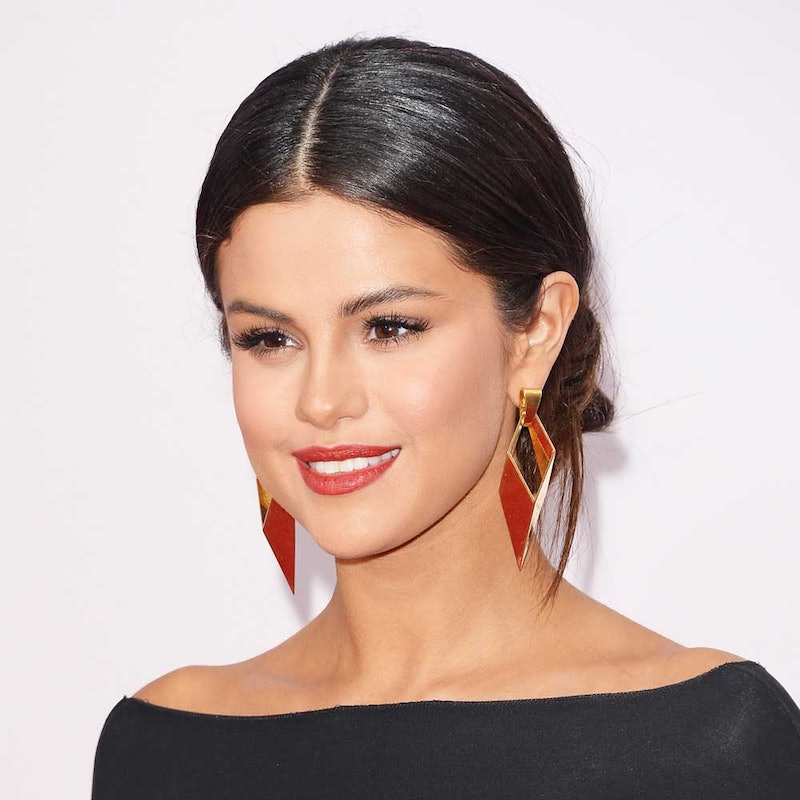 Selena Gomez celebrated her 24th birthday over the weekend with a new leg of her Revival world tour, and a fresh haircut. While she gave her Snapchat followers a sneak peek at her shorter, curlier ‘do, she didn’t officially debut the look until last night.

If you’ve been following Selena on Instagram, you’re aware that she also has an account solely dedicated to her tour. Luckily for us, the photographer who is capturing behind-the-scenes looks also managed to give us a peek at Selena’s new chop. Selena shortly followed suit afterwards, sharing a photo of her arriving in Indonesia: Her shoulder-grazing cropped look is perfect for landing on new grounds.

This isn’t Selena’s first hair change while out on tour, though. Right before her first show this past May, Selena headed to Nine Zero One in Los Angeles for a trim and some blonde additions to her waves. Shortly afterward, she debuted a set of subtle bangs, following by much bolder, blunt fringe.

At the rate Selena’s going, we’re almost positive that this isn’t the last hairstyle makeover she’ll attempt while gracing arenas around the globe. We’ll be keeping our eyes peeled for any new looks from the chart-topper.