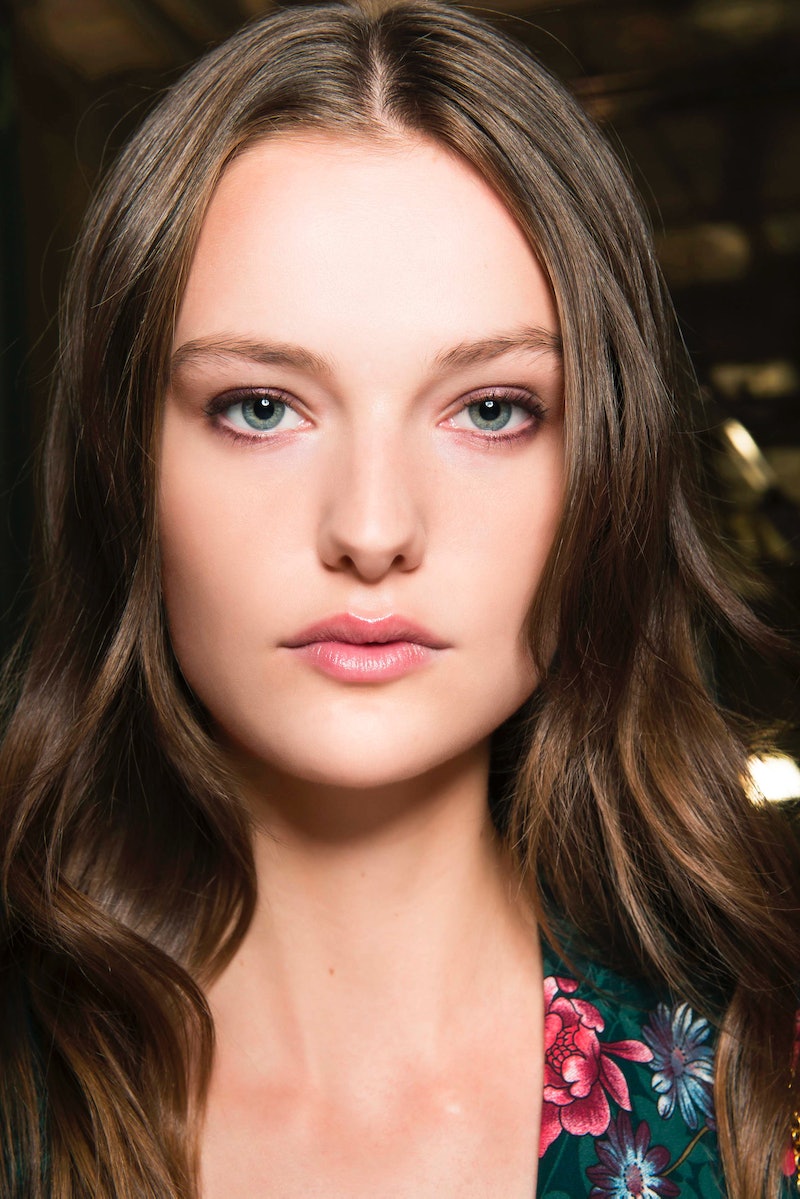 Carrie Bradshaw once said the only place women should ever wear a scrunchie is "in the bathroom, maybe, when they're washing their faces." And while some people like Jack Berger would disagree, we haven't broken out a fabric-covered hair tie since the early (and we mean early) '90s. However, according to Pinterest, scrunchies are having a serious moment. We tapped the inspiration engine for its top searches and the retro ponytail holder is up a whopping 148%. While we know "no woman who works at W magazine and lives on Perry Street would be caught dead at a hip downtown restaurant wearing a scrunchie," beauty junkies everywhere are at least considering the look enough to save it on their boards. Ahead, the hairstyles that have made even the coolest customers consider bringing back the beloved childhood hair accessory.