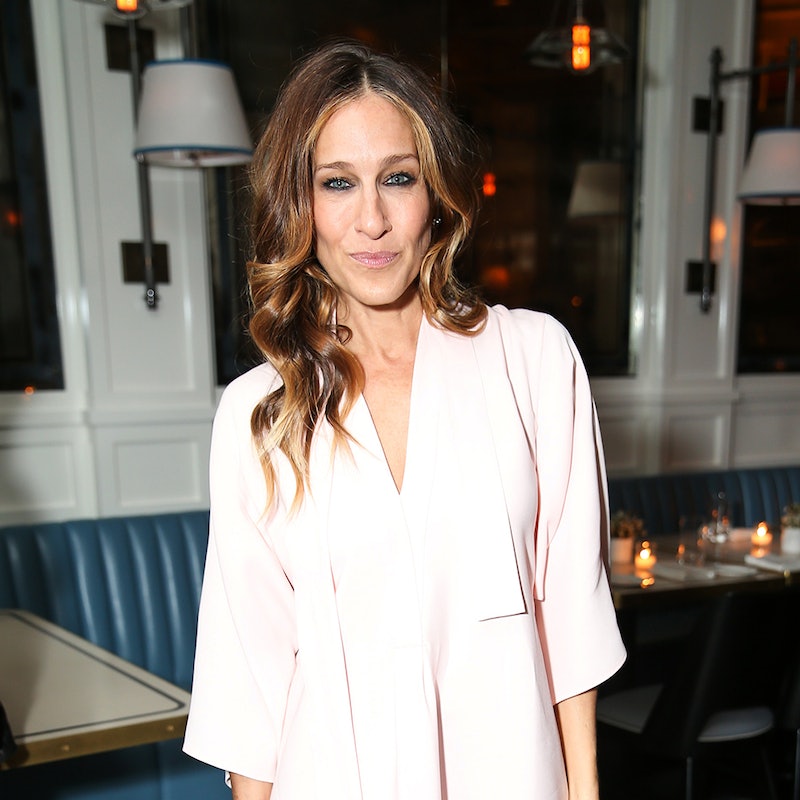 As with Carrie Bradshaw's (many) trademark beauty looks, we can't help but associate Sarah Jessica Parker with her own signature 'do. The actress-turned-designer's center part and balayage remain classic for all seasons, and although we're accustomed to the hair transformations of her iconic Sex and the City alter ego, we have to admit SJP's latest cut-and-color is a dramatic change even for her. In fact, it's so different the only thing we can liken it to is her look at the end of season four.

In a shoot for an upcoming project called Unfollow the Rules, SJP was spotted in New York City with an ultra-chic platinum bob, complete with tousled waves and a side part. While we're pretty confident it's just a wig for her new role as Vivienne (per her Instagram post), it is on trend, with high-profile women like Kate Middleton and Bella Hadid donning variations of the style this summer. Either way, it's making us miss Carrie's sleek blonde chop.