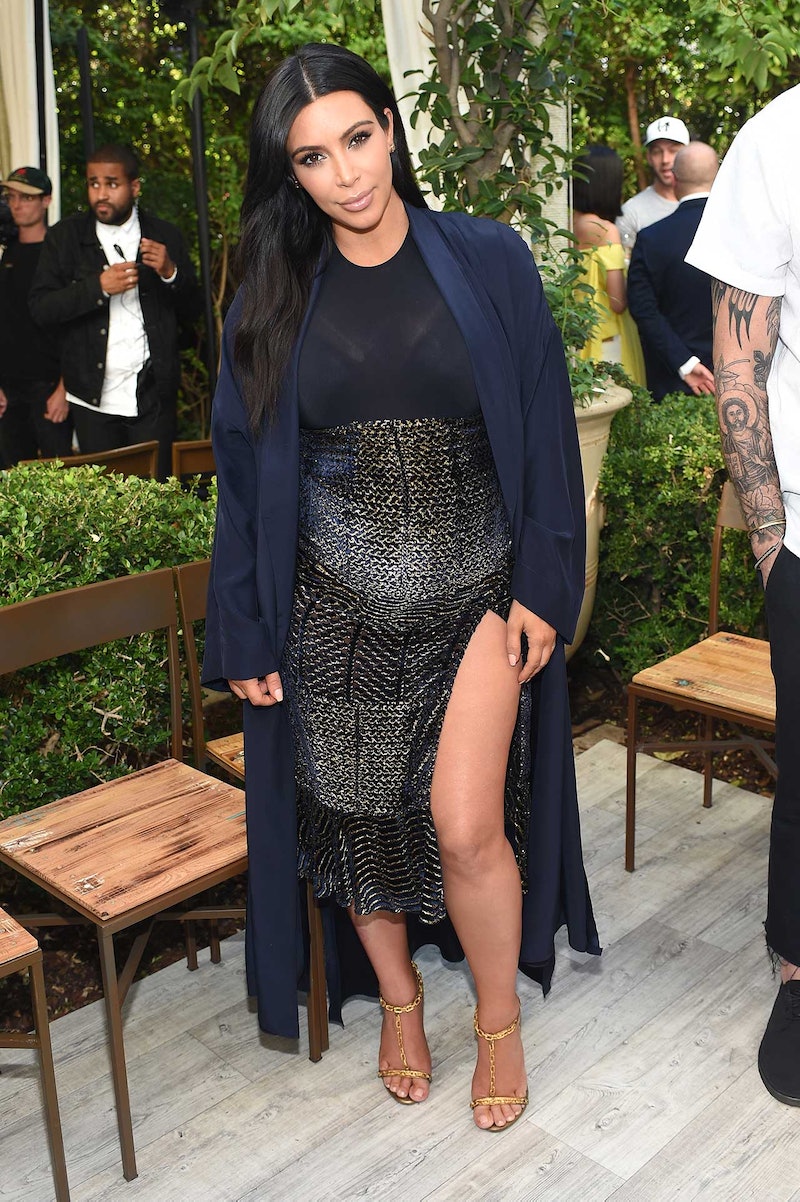 Kim Kardashian is no stranger to major hair changes. She first test-drove golden-blonde locks way back in 2009, then again after giving birth to daughter North. In February 2015, she took the plunge and chopped her signature waves to just above her shoulder. Soon after, she shocked us all by dyeing her dark brown tresses an icy platinum blonde for Paris Fashion Week. Now, after more than a year of tame hair decisions—excluding that blonde wig at the Yeezy Season 3 show—Kim seems to have gotten bored yet again.

She pulled a typical Kardashian move yesterday by revealing her latest ‘do on Snapchat—a pin-straight asymmetrical lob. While we haven’t confirmed whether it was freshly cut or if she simply removed her extensions, there’s one thing we’re sure of given her history: Don’t expect this new look to stick around too long.

Update (8/4): Surprise! It’s a wig, girl. Mrs. West took to her website to show she was just messing with us, stating: “I’ve been saying for SO long that I want to cut my hair, so the day before Kylie’s event for Kylie Cosmetics I decided to achieve the look a different way: a wig! Everyone is saying I chopped my hair, but it’s all an illusion!” Sneaky, sneaky. What Kim’s devious ‘do really makes us wonder? How long we can take Hollywood’s hair “transformation” trickery.