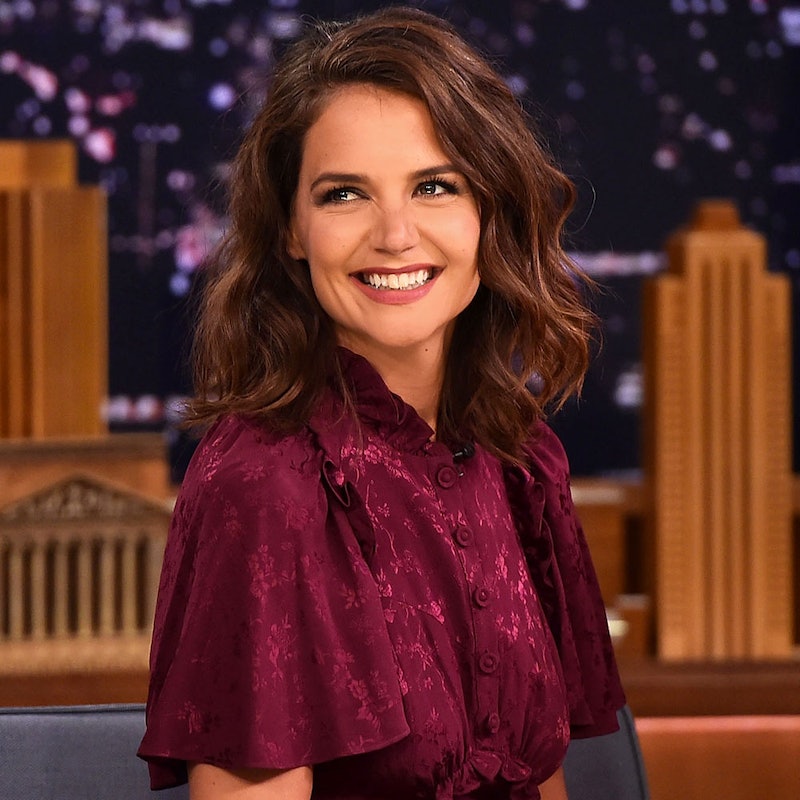 Katie Holmes seems to be undergoing some serious changes. Over the past few months, the actress has taken her hair from lustrous brunette locks to an effortless lob—and now she's opted for a drastic cut that has the internet comparing her with one reality TV matriarch.

Although she initially disguised the cut under a sizable fedora, Katie was spotted going through the security checkpoint at Los Angeles International Airport with a pixie à la Kris Jenner. We totally see the resemblance, considering the Kardashian-Jenner mama has worn the look since she first hit airwaves—but it's not the first time we've seen Katie make the chop either. (She rocked a similar cut about a decade ago.) No word yet on whether the major change is for an upcoming role, but we have to say it suits her just right.