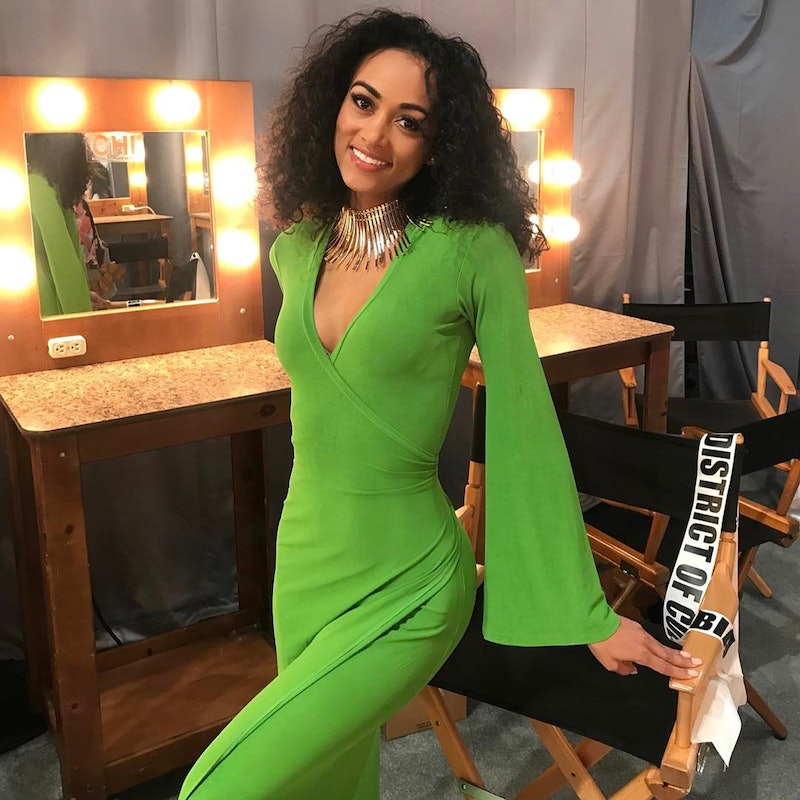 On Sunday night, Kára McCullough was crowned Miss USA 2017. She represents the District of Columbia, and gave the District its second winner in a row. When Kára graced the stage throughout the pageant, viewers couldn’t help but notice her gorgeous, bountiful head of curls filled with the kind of spirals many wish to have. Among the other contestants, she was the only one without a voluminous blowout, opting to embrace her natural texture at this year’s show. In an industry where beauty is often expected to be uniform, Kára’s choice to go natural was monumental.

Needless to say, the world was eager to learn why she chose to stand out from the crowd. Refinery29 spoke to Kára upon winning the coveted title, and while she admits she was worried people wouldn’t be receptive to her natural hair, she had a good reason for doing so. “I decided to embrace what makes me feel comfortable and what makes me feel the best and brightest on stage, but also embrace what other people can relate to,” she explained. “That typical, traditional sleek hair with a big tease, not to say it’s gone out the window, but it’s transitioning a lot,” she added. Kára further explained that as a child she didn’t see many girls with hair like her own on television, and that made her want to opt for sleek, blown-out styles instead. However, now that the entertainment industry is working on being more diverse and inclusive, her hair is making a huge mark. There’s still surely a long way to go, but this year’s Miss USA pageant just took a huge step forward.