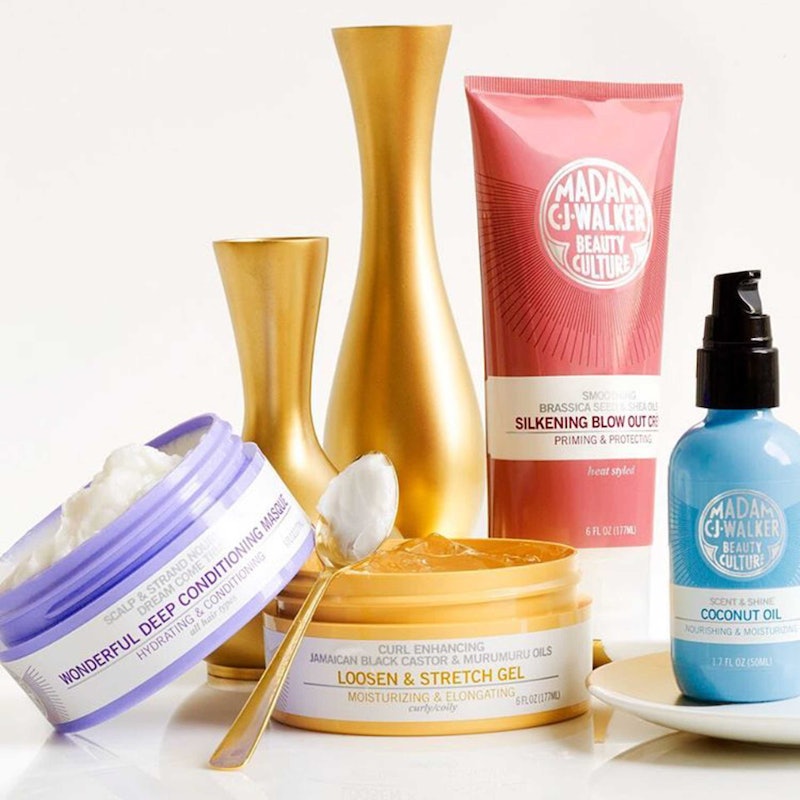 It’s only appropriate that Sephora chose Women’s History Month to exclusively launch a new, 25-piece haircare product line from iconic brand Madam C.J. Walker. For those who don’t know it, the African American haircare line was originally created back in 1905 by an entrepreneur named Sarah Breedlove. She initially invented the products for personal ues after a scalp ailment caused her hair to fall out, but she then built the product line up professionally by selling it door-to-door and giving lectures across the country. Eventually, she became one of America’s first female self-made millionaires as a result of her efforts– which is especially impressive given the time and culture in which she lived–as well as a significant philanthropist.

The new line includes some updates to its old formulas, including the replacement of silicons with natural oils. There are four collections, each of which includes products like shampoos, conditioners, sprays, oils, and serums. Price points start at $24. Learn more about Madame C.J. Walker here, and shop the full product line here.