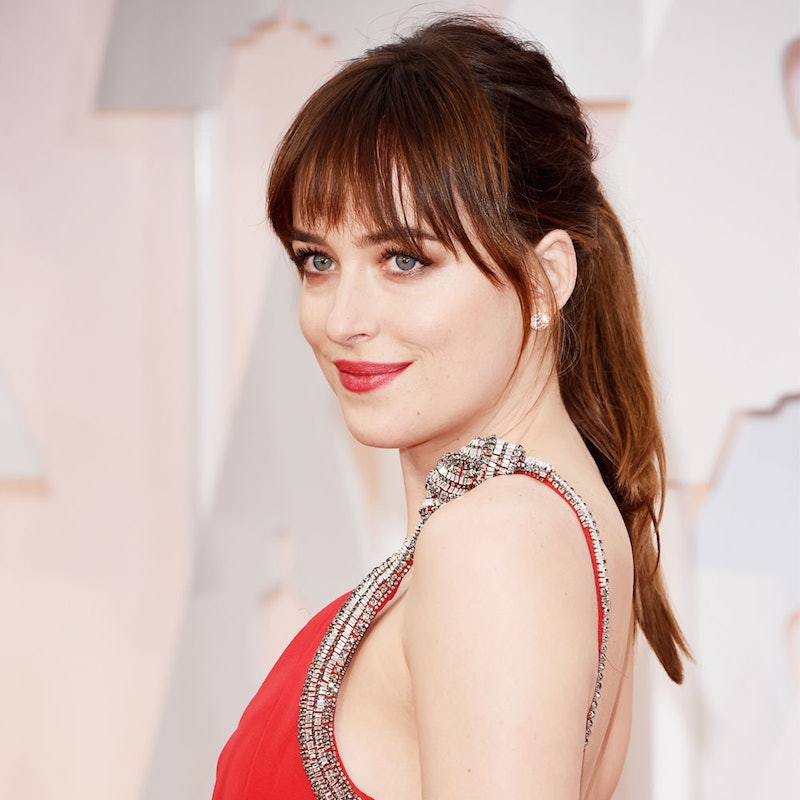 Dakota Johnson has been our go-to girl for brunette hair inspiration ever since she graced the big screen as Anastasia Steele in Fifty Shades of Grey. She’s rarely ever strayed away from her dark, natural waves, with the exception of some blonde highlights. Dakota also convinced us that anyone can pull off some fringe, thanks to her signature shaggy, effortless bangs.

With summer officially reaching its peak, hairstyle changes are are in high demand, and salon appointments are getting harder to book. Dakota is no exception when it comes to wanting something different for the warmer temperatures, and her latest ‘do proves it isn’t too late to call your hairdresser.

The starlet just wrapped up shooting the third installment of the Fifty Shades franchise, Fifty Shades Freed. Throughout filming, Dakota was spotted in Paris with her long, brunette locks as she channeled her character. But just this past weekend, she debuted brand-new shoulder-length hair, along with some bright blonde highlights, as she stepped out in Los Angeles.

Dakota’s new shorter and lighter mane may be subtle, but it certainly won’t go unnoticed. If you’re looking to switch up your signature hairstyle, but don’t want to commit to anything extreme, following in her footsteps can get you to the right ‘do for you.