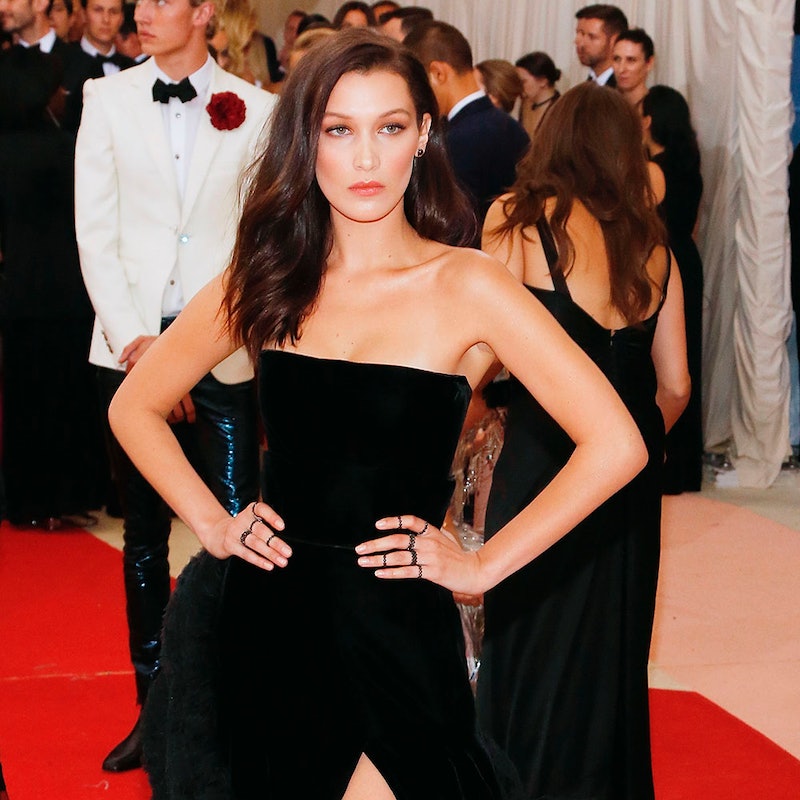 Bella Hadid is having the best week ever when it comes to her modeling career. Not only did she crush it on the runway during her Victoria’s Secret Fashion Show debut, but she was honored with the Day 1 spot in Love magazine’s annual advent calendar.

If you thought her winning streak was over, think again. Bella was also unveiled as Paper magazine’s Winter 2016 cover girl, closing out the glossy’s print edition for this year. However, if it weren’t for her name being featured on the front, we probably wouldn’t have recognized her photo.

Bella is pictured in platinum blonde, slicked back hair, resembling Christina Aguilera during her Dirrrty days. It’s a polar opposite from the dark, nearly black hair we’re used to seeing her with, but that’s not to say we aren’t fans of the switch. As for her makeup, she’s covered in neon hues and gemstones. Her green smoky eye takes the trend to a new, envy-worthy level, and we might even have to give it a go ourselves. (The rainbow lipstick bedazzled in jewels we’ll leave to the pros.)